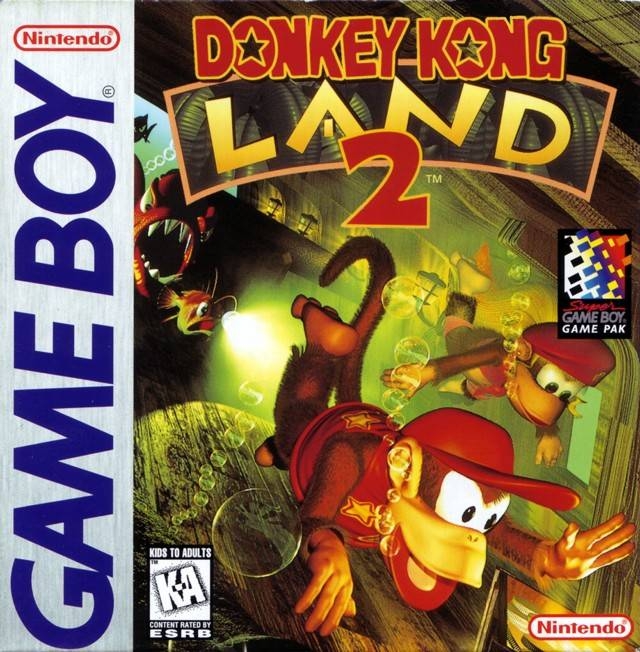 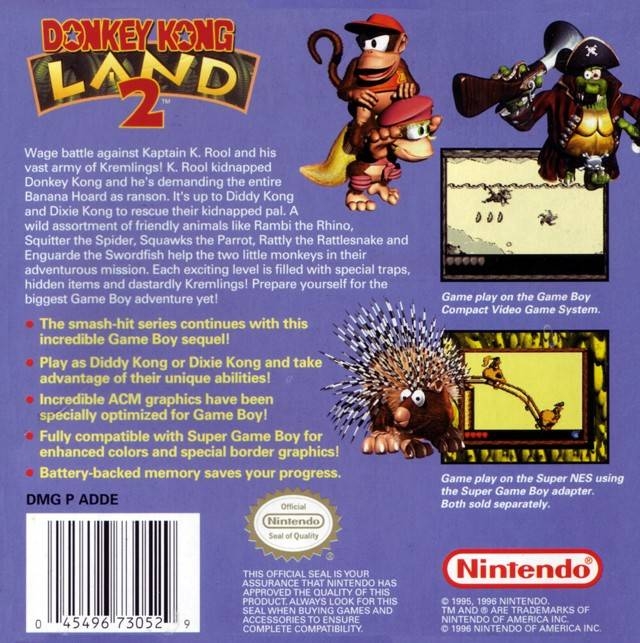 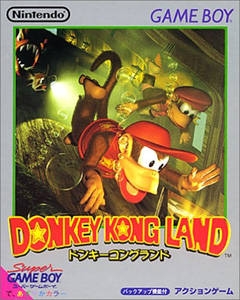 Wage battle against Kaptain K. Rool and his vast army of Kremlings. K. Rool kidnapped Donkey Kong and he's demanding the entire Banana Hoard as ransom. It's up to Diddy Kong and Dixie Kong to rescue their kidnapped pal. A wild assortment of friendly animals like Rambi the Rhino, Squitter the Spider, Squawks the Parrot, Rattly the Rattlesnake and Enguarde the Swordfish help the two little monkeys in their adventurous mission. Each exciting level is filled with special traps, hidden items and dastardly Kremlings! Prepare yourself for the biggest Game Boy adventure yet!