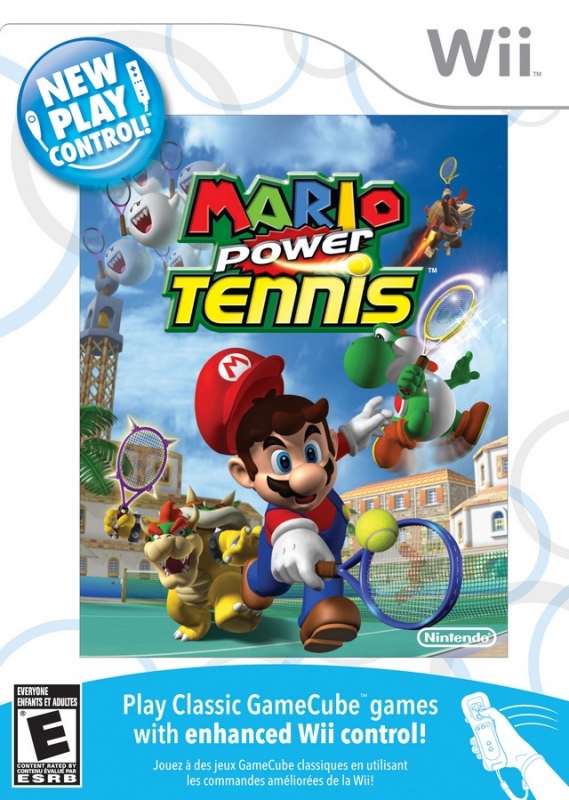 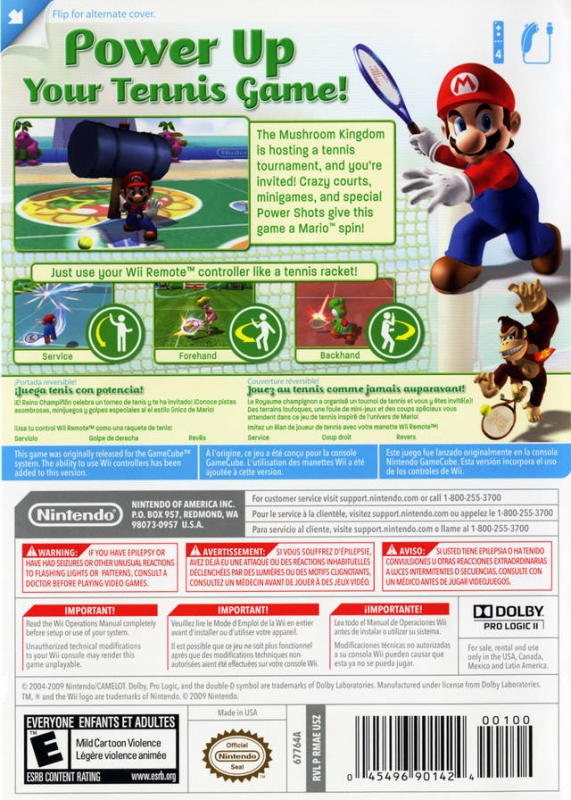 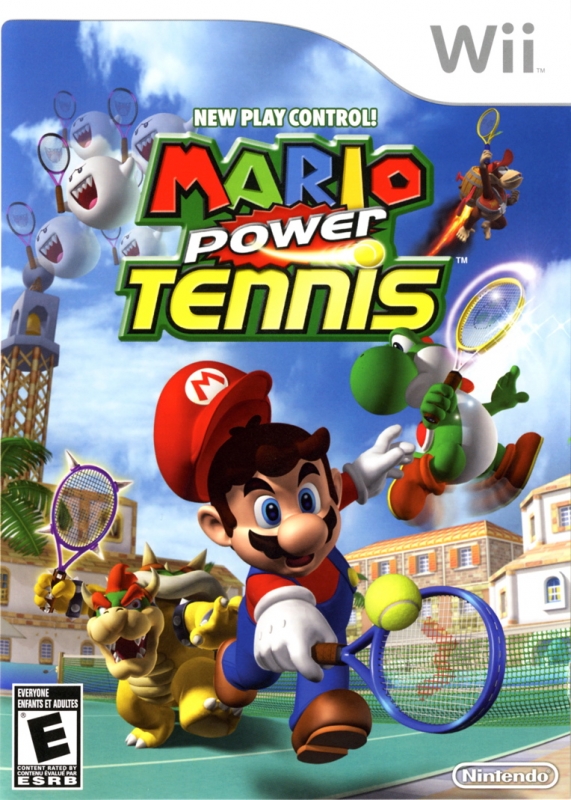 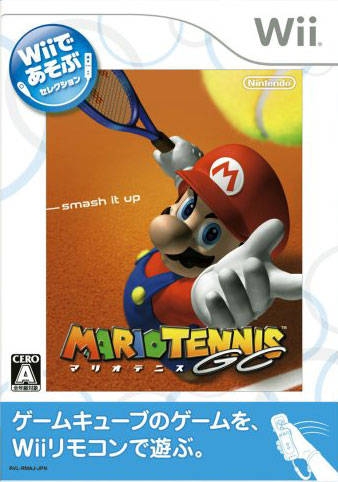 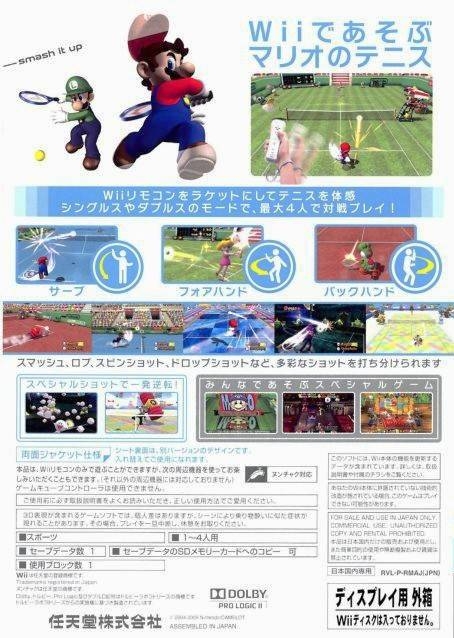 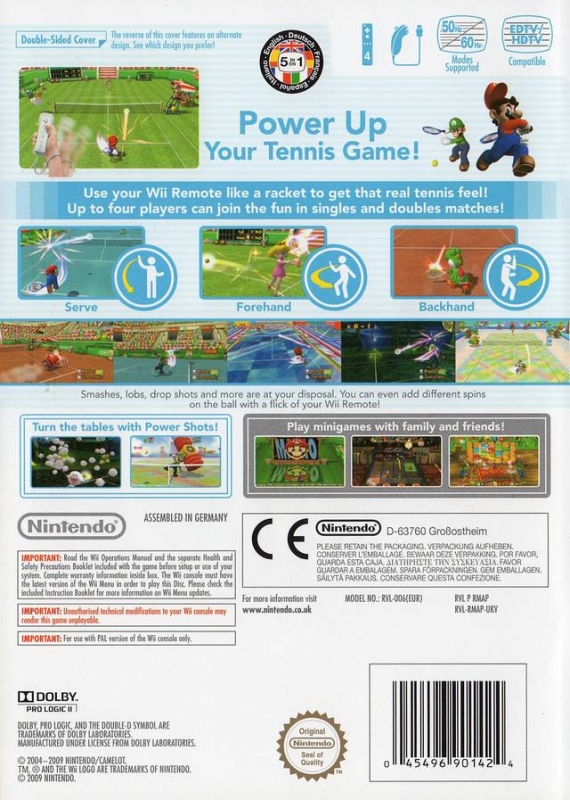 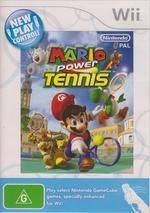 The NEW PLAY CONTROL! Mario Power Tennis, sports different replay camera options and a two-player split screen that will be familiar to fans of Tennis on Wii Sports. But the biggest advance is the ability to use your Wii Remote to play a wide range of different shots, from overhand strikes to backhands – and, of course the famous Power Shots, which are different for each character!. The game also offers levels of control types which increase in difficulty ensuring players of all levels of gameplay experience can enjoy the game.

The game also enables you to play on a range of courts as well as Gimmick courts. These feature elements that influence how the match will be played, such as the ghosts in the Luigi's Mansion court, which trip you up by placing banana peels under your feet. To keep the ghosts at bay, your tennis skills will have to be at their best to direct the ball onto light switches in order to turn on the lights and scare away the ghosts.

The central mode of the game is Tournament Mode, which is split between matches on regular surfaces and matches on Gimmick courts, and features a standard ladder-style advancement system. Winning tournaments can unlock new characters, new courts, and new gameplay styles for the Exhibition Mode.

A series of tennis-themed mini-games will also keep you coming back for more. "Artist on the Court" lobs special paintballs at you and challenges you to knock them onto the appropriate areas of an uncoloured picture that's sitting where the net would usually be. In "Terror Tennis", you have to keep a bunch of ghosts under control by hitting balls at any of them that start moving around. Five of these mini-games are available to begin with, but if you win enough tournaments you will unlock several more.

Single player mode enables you to choose your opponent and their ability, the court used and the number of games and sets required to win the match, whilst singles or doubles mode with friends will see you pitting your serving skills against them in a split screen affair!