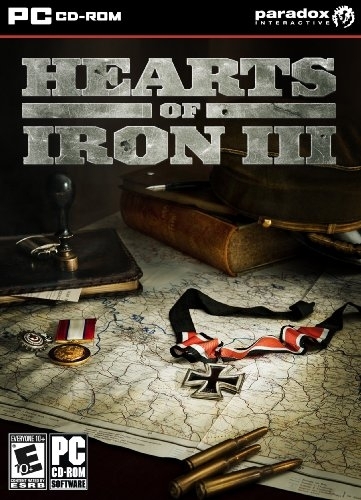 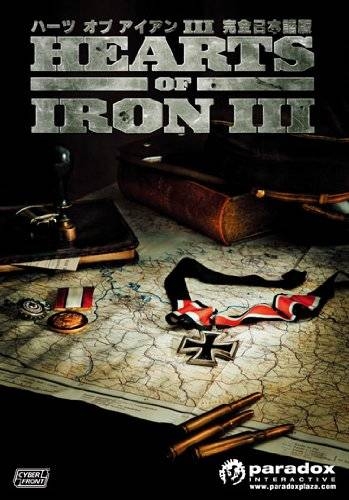 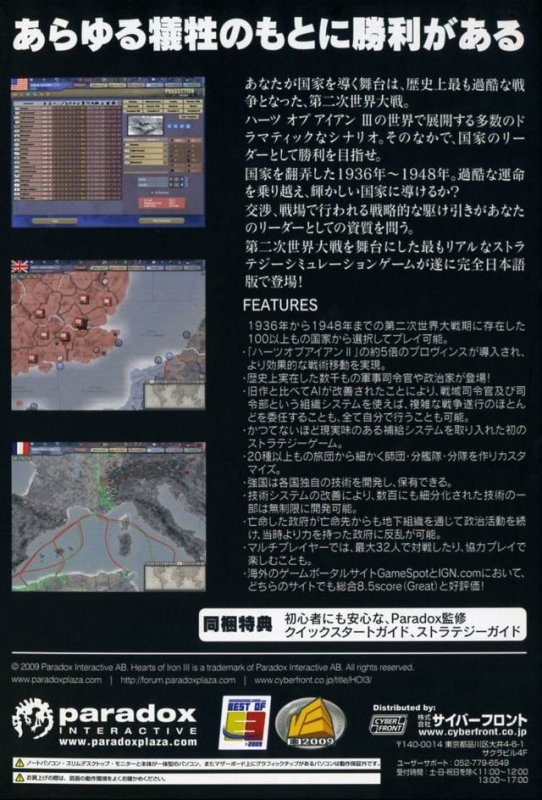 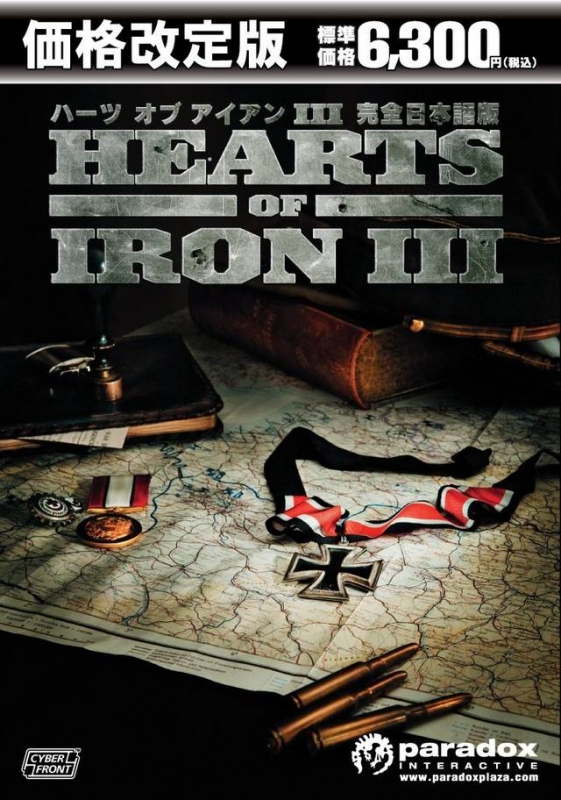 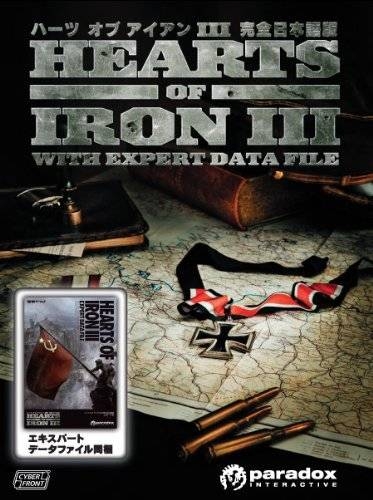 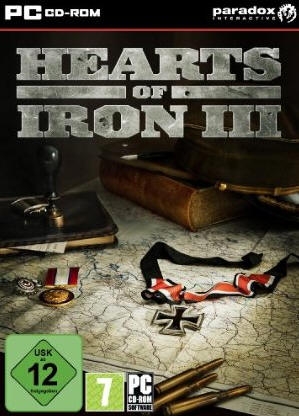 The next Grand Strategy title from the Paradox Interactive development team is the third instalment in the critically acclaimed Hearts of Iron series. The Hearts of Iron series has become renowned for being the biggest, most detailed and complete strategic game series on World War 2 ever made. Hearts of Iron III will follow that tradition closely while focusing on satisfying veteran players through a multitude of brand new features and systems, including a huge map with more than 14,000 land and sea provinces. Features Play as any nation from 1936 to 1948, more than 150 countries to choose from. Control the oceans with aircraft carriers, submarines and battleships and use your air force to defend your skies, support your naval and ground forces, and to bomb your enemies Thousands of historically accurate real-world military commanders and politicians. Realistic military command AI with unprecedented levels of interaction In-depth diplomatic and political system. Historical accuracy combined with an unparalleled level of freedom of choice Customize your divisions in detail with more than 20 types of brigades Government-in-exile makes it possible to continue to struggle from abroad with underground movements and uprisings against the oppressing power. Strategic warfare system makes it more important to defend the skies and oceans against foreign attacks; leaving cities open to enemy bombing will now be devastating. A completely new intelligence system, with several types of intelligence sources, makes it possible to get information about enemy reserves and troop movements. Assign troops to “theatres” on the map to fight two-front wars more successfully. The new AI system and more detailed map will allow for more strategic decisions. Flexible technology system with hundreds of categories, and unlimited research. Highly realistic historical order of battles. The first realistic logistic system ever in a strategy game. (Paradox Interactive)