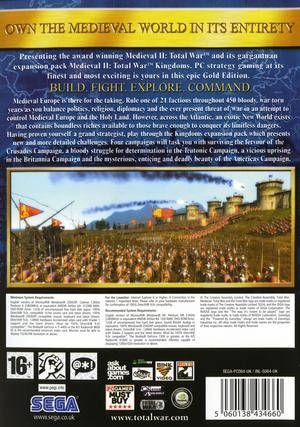 * A combined total of nine epic single-player campaigns span three continents and center on expanded maps of the British Isles, Teutonic Northern Europe, the Middle East and the Americas.

* Enhanced user interface and improved multiplayer modes make the Total War experience faster and easier to enjoy than ever before. There is also a brand new one-on-one hotseat multiplayer campaign mode.

* An unprecedented amount of content brings 13 all-new factions, over 110 new units, 50 new building types and over 40 new features, adding up to 80 hours of gameplay.