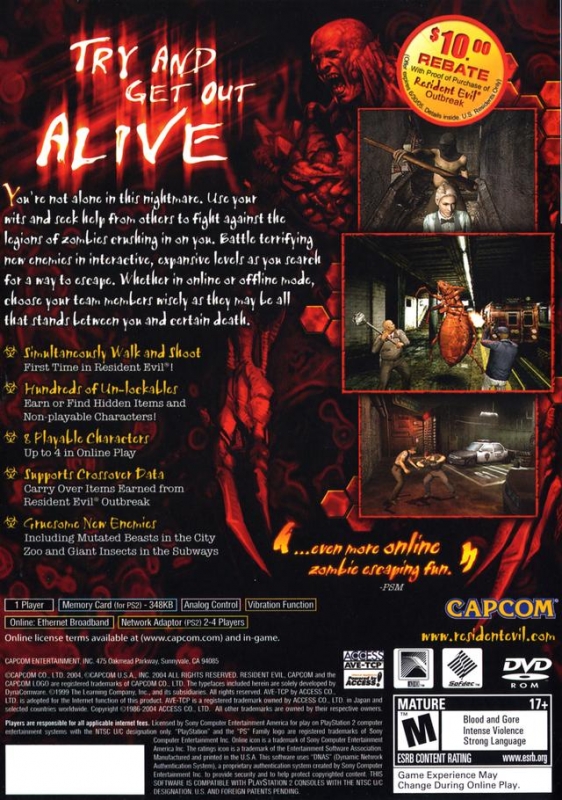 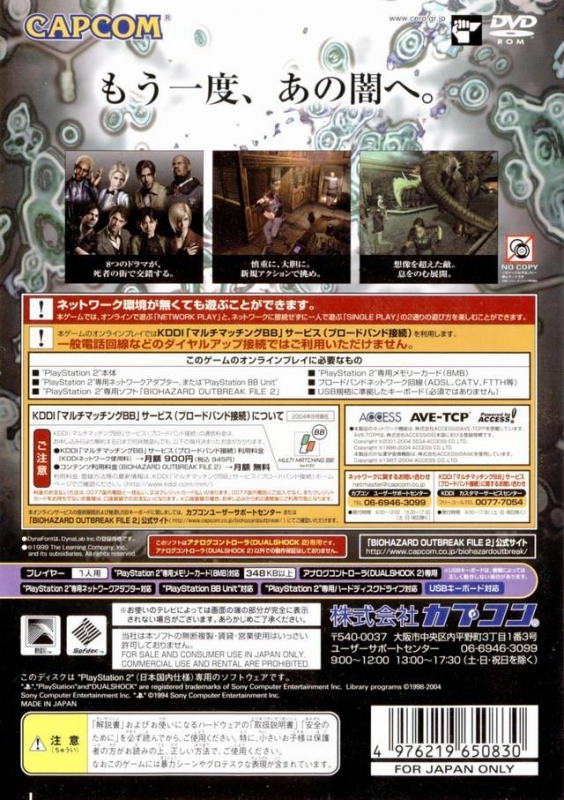 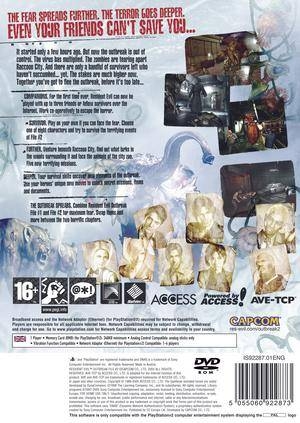 Resident Evil Outbreak File #2 unfolds further scenarios in the saga of eight average Raccoon City citizens in their desperate quest to escape the zombie infested town. The game supports both single player offline and up to four player network modes.

Resident Evil Outbreak File #2 continues the dramatic story of an outbreak caused by a secret biological weapon infecting the people of Raccoon City. Citizens are turning into flesh-eating zombies that swarm the streets. In the shadow of this nightmare are a few desperate survivors. They must find a way to get out of the city before they fall victim to the hordes of undead creatures and before the government has a chance to wipe out the entire area to prevent the disaster from spreading.