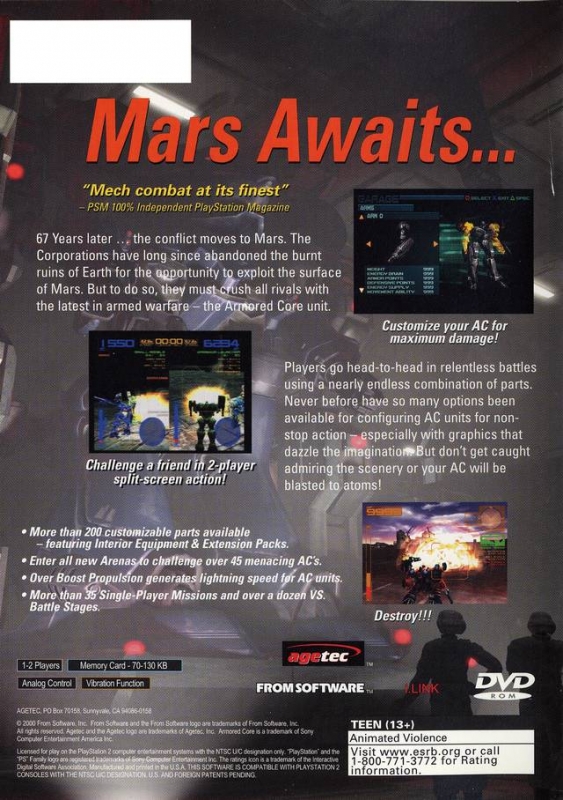 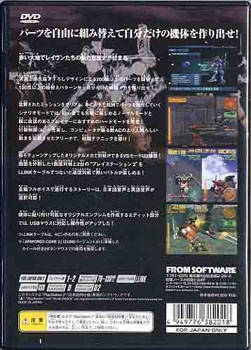 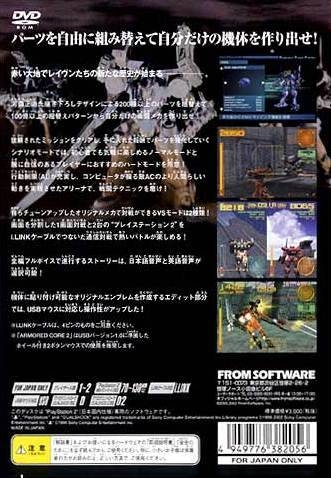 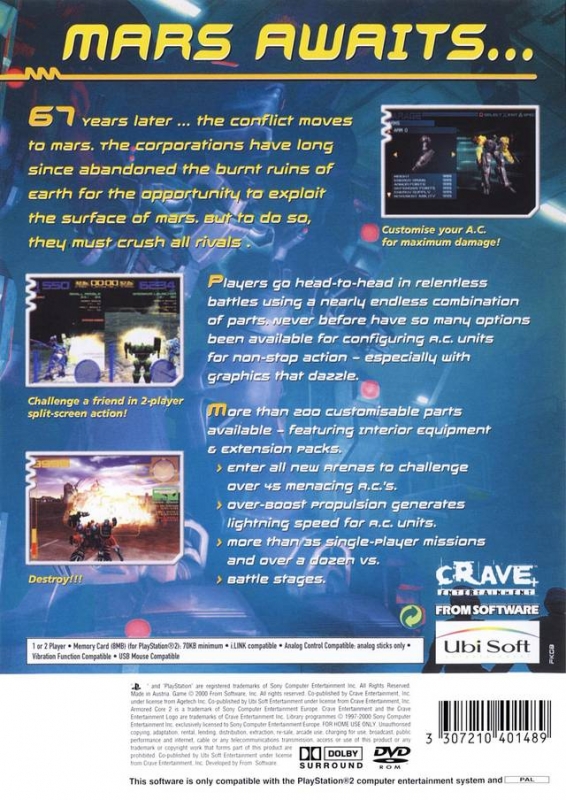 The latest installment in the Armored Core series takes the action to Mars where the Ravens bring the battle for their corporations to new heights. Players can go head-to-head in relentless battles using an endless combination of parts. Never before have players been given so many options for configuring their AC unit for non-stop action -- especially with graphics that dazzle the imagination as the Armored Core series debuts on the PlayStation 2 computer entertainment system. Players choose between solo missions or vs. friends in 2-player split screen or linked combat sorties.