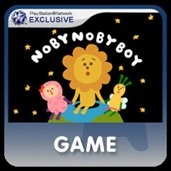 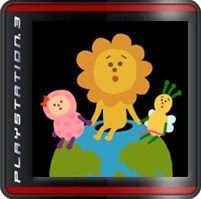 Offering a unique play experience from one of the video game industry’s most creative minds, NOBY NOBY BOY gives players complete freedom to create gameplay suited to their tastes. As BOY, players can eat and spit out nearly everything they encounter in the game, from people and animals to trees and buildings, helping them to gain length as they stretch their elongated body. Players can control BOY’s front and back ends using the PLAYSTATION 3 controller’s two analog sticks, allowing for incredibly detailed movements such as tying themselves into knots or threading BOY through holes in clouds. NOBY NOBY BOY allows players to record video footage as they play and upload it directly to YouTube™ for easy viewing.

Delivering a new and innovate approach to online gaming, NOBY NOBY BOY lets players collaborate to unlocks new game stages. As players stretch BOY in their individual play sessions, the lengths to which they grow are uploaded to a persistent character known as GIRL, who grows at the same rate of all the players in the world. GIRL starts at Earth and expands through the solar system as more games are played and BOYs from all players continue to grow. When GIRL reaches a new milestone in the solar system, these areas are unlocked as playable stages in the game for everyone around the world.