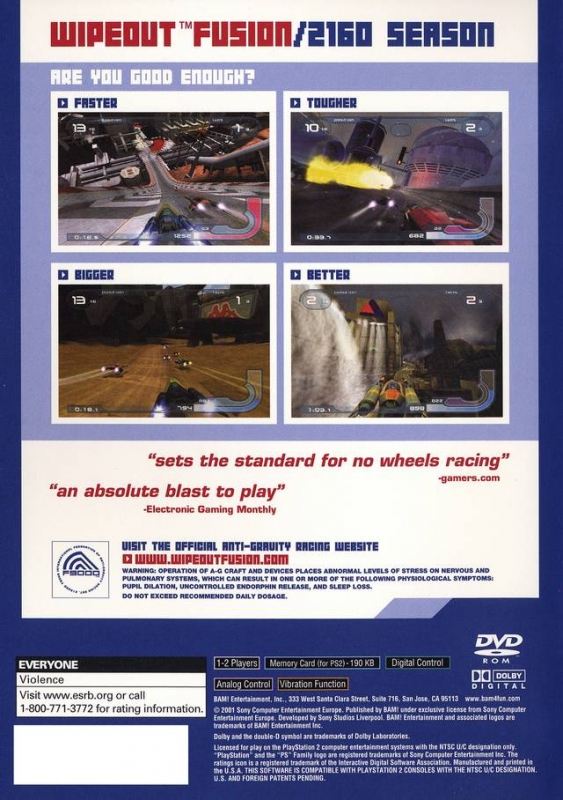 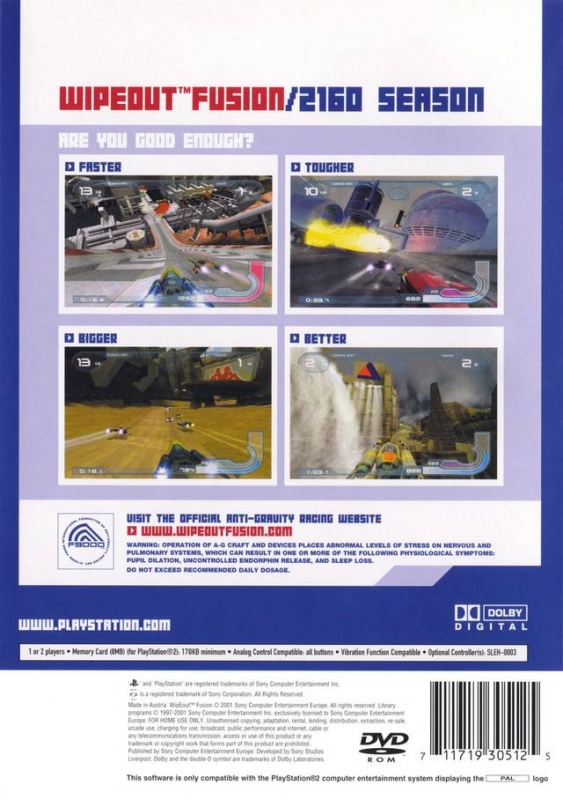 The cult anti gravity racer, WipEout Fusion, has received rave reviews since its release in the European market last month and is providing the fastest and most adrenaline-pumping complete racing experience on any gaming system. With 45 futuristic race circuits to negotiate, players can corkscrew, jump, barrel roll and loop like never before. The game has significant new features including super-enhanced tracks, ships and weaponry, improved ship and pilot A.I. and six playing modes (including revised arcade mode, a full league option and an elimination and a secret zone mode). With WipEout Fusion, the WipEout brand again redefines the benchmark for high-speed, high-intensity, sensory overload racing. WipEout Fusion comes complete with a backdrop of cutting-edge dance soundtracks from some of the world's most acclaimed electronic music artists such as Orbital, Plump DJs and Timo Maas.