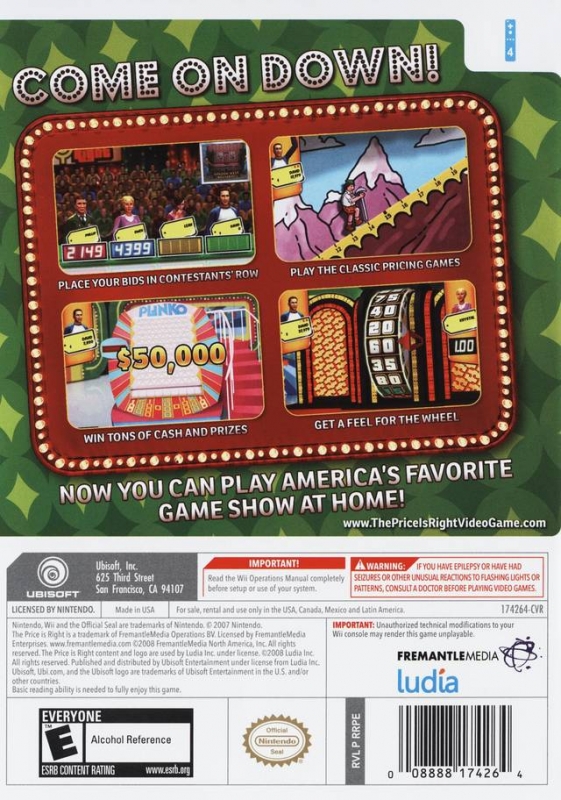 The Price is Right (Wii)

COME ON DOWN! The Price Is Right™ video game brings all the excitement of the TV show to the consoles and computers of fans of all ages. The longest-running and most popular game show of all time is now making its debut on Wii™, Nintendo DS™, PC, and Mac®.

Experience all of the classic moments from the show with up 4 people. You will hear your name called as you’re announced to “Come on Down!” to Contestant’s Row. Play all of the favorite pricing games, including Plinko, Cliff Hangers and Punch-A-Bunch. Spin the Wheel for the chance at the big prizes in the Showcase Showdown!