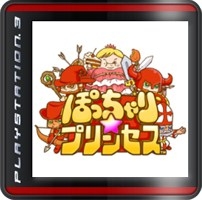 "A review so heavy we had to use two reviewers!"

Frantic and fun, Fat Princess pits two hordes of players against each other in a comic medieval battle royale. Your goal is to rescue your beloved princess from the enemy dungeon. There’s a catch though: your adversary has been stuffing her with cake to fatten her up and it’s going to take most of your army working together to carry her back across the battlefield.

You can switch between five different character classes literally at the drop of a hat. The name of the game is cooperation, whether it’s flinging another player over the enemy’s walls with a teeterboard, healing him while he charges into battle, or adding your muscle to carry the princess faster.

Online Multiplayer – Face off in online matches with up to 32 players and in-game voice chat.

Customizable Avatars – Create your own personal avatar before you charge into battle. Unlock new customization options during gameplay.