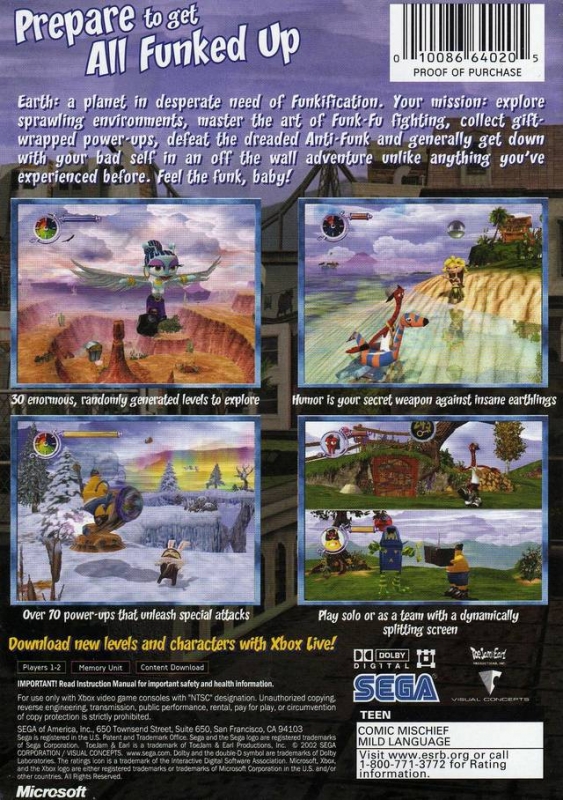 The original alien duo is back in a hilarious new adventure. In ToeJam & Earl III: Mission to Earth, ToeJam, Big Earl and their sassy new homegirl Latisha embark on a mission to retrieve the 12 sacred Albums of Funk, stolen by the dysfunctional inhabitants of the planet Earth. Gamers will explore sprawling environments as they master the ways of Funk-Fu and battle towards the ultimate showdown with the evil Anti-Funk. Along the way, they'll collect present power-ups of almost endless variety and take on harrowing side quests in a massive, wickedly funny adventure.