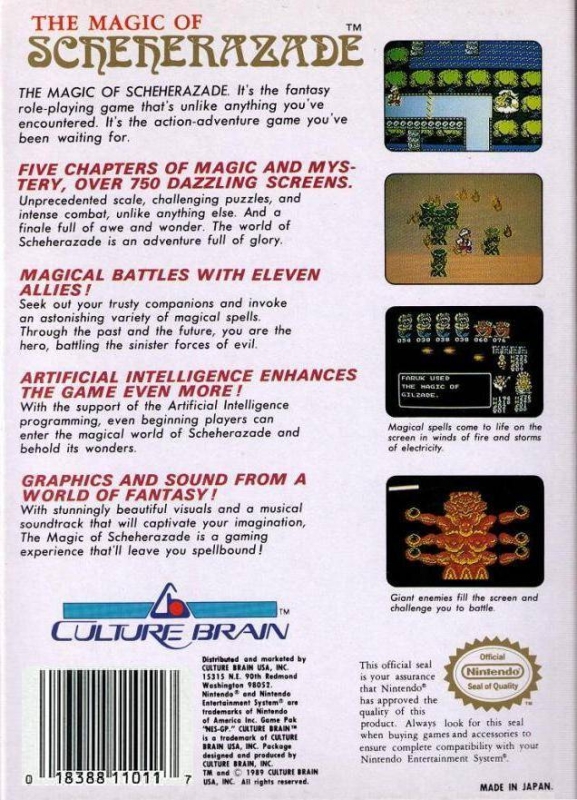 The Magic of Scheherazade (NES)

The Magic of Scheherazade. It's the fantasy role-playing game that's unlike anything you've encountered. It's the action-adventure game you've been waiting for.
Five chapters of magic and mystery, over 750 dazzling screens. Unprecedented scale, challenging puzzles, and intense combat, unlike anything else. And a finale full of awe and wonder. The world of Scheherazade is an adventure full of glory.
Magical battles with eleven allies! Seek out your trusty companions and invoke an astonishing variety of magical spells. Through the past and the future, you are the hero, battling the sinister forces of evil.
Artificial intelligence enhances the game even more! With the support of the artificial intelligence programming, even beginning players can enter the magical world of Scheherazade and behold its wonders.
Graphics and sound from a world of fantasy! With stunningly beautiful visuals and a musical soundtrack that will captivate your imagination, The Magic of Scheherazade is a gaming experience that'll leave you spellbound!