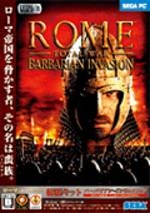 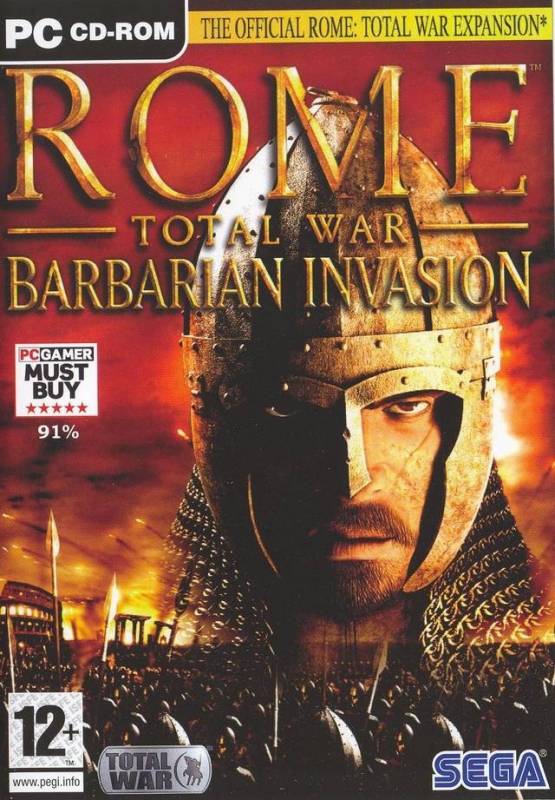 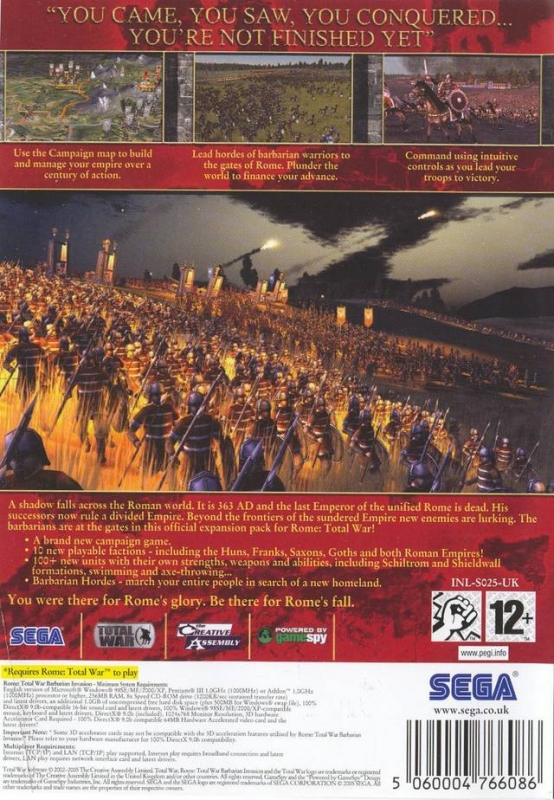 Rome: Total War - Barbarian Invasion commences just after the last Emperor of a unified Rome has died. His successors in Rome and Constantinople are now uneasy allies and rivals for power. The ‘barbarians' are massing along the borders, and in some cases are living inside what used to be Roman territory. Two hundred years have now passed since the main campaign in Rome: Total War. Players can now control vast armies and over 100 new units as they battle across an updated European map that now reflects the historical changes since Rome: Total War. Tear Rome apart by leading hordes of barbarians or stand and defend the Empire as a leader of one of the two former Romes, the Western and Eastern Empires.