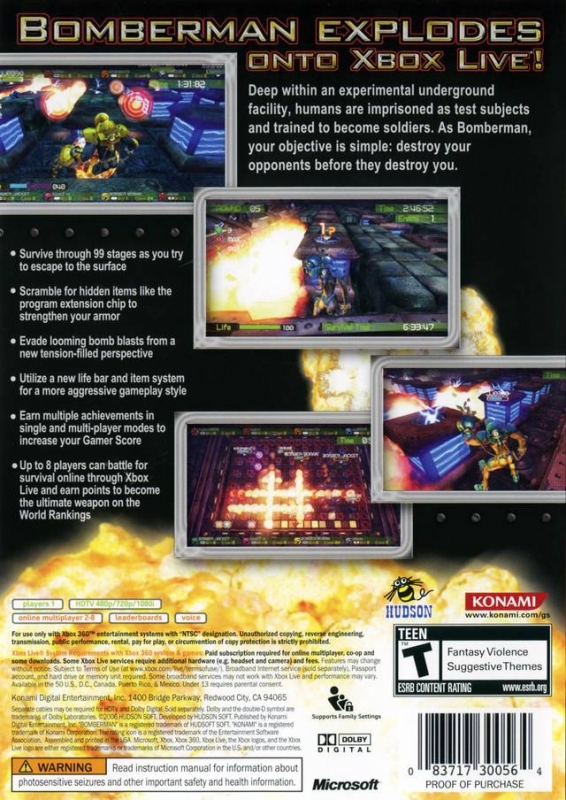 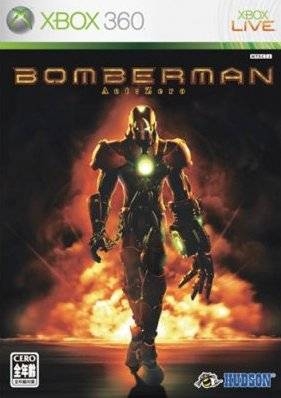 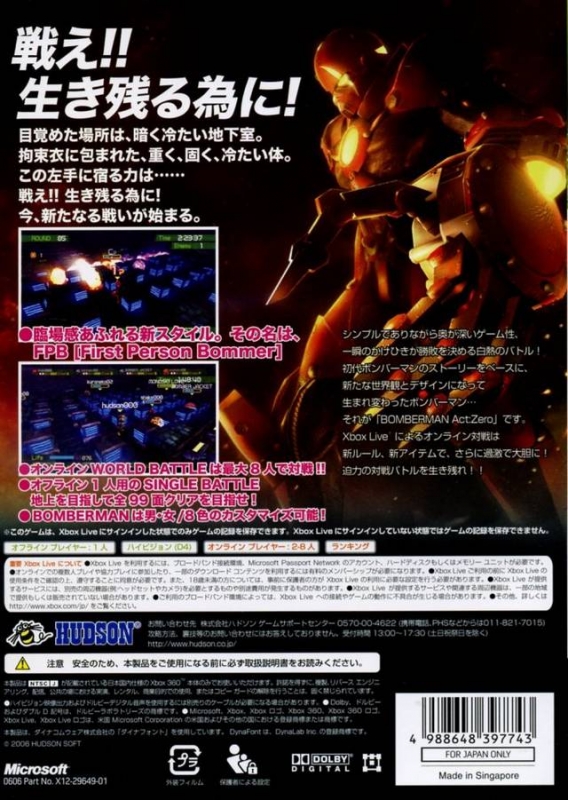 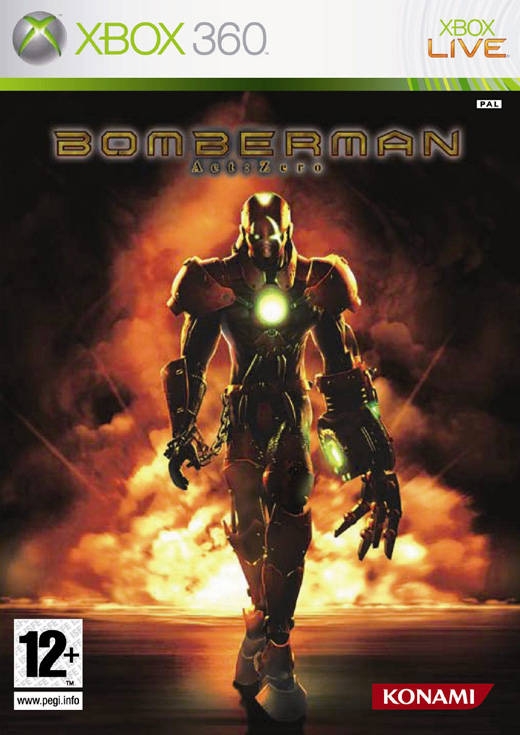 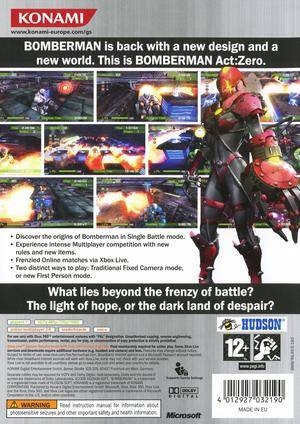 For nearly three decades, Bomberman has provided millions of fans with some of the most addictive multiplayer action on nearly every major console. This time, all the cute elements have been stomped out, and a new world order has replaced the once colorful themes. Join Bomberman in this new, sinister offering as he fights his way to the Earth's surface! Made specifically for the Xbox 360™, Bomberman Act: Zero features not just a new look, but a realized storyline designed for a new generation of gamers.

With this dark themes in hand, Bomberman Act: Zero is set in a post-apocalyptic world where cyborgs are pitted against each other in a duel to the death. After awakening from an eternal slumber, Bomberman is placed in an arena by his captors. His mission: Escape from his foreign surroundings and fight his way to the surface. Though he's mostly machine by nature, Bomberman has flashes of a human existence he once knew. This battle for identity and purpose is the central theme that plagues our hero.

This sleek new vision contains 99 levels to fight through. Best of all, the game supports up to eight players and is playable over Xbox Live! This is not only the first time players have been given a robust online version of Bomberman that tracks statistics, but also the first time gamers can play as the all-new Bomberwoman! That alone should make you drool with giddy energy!