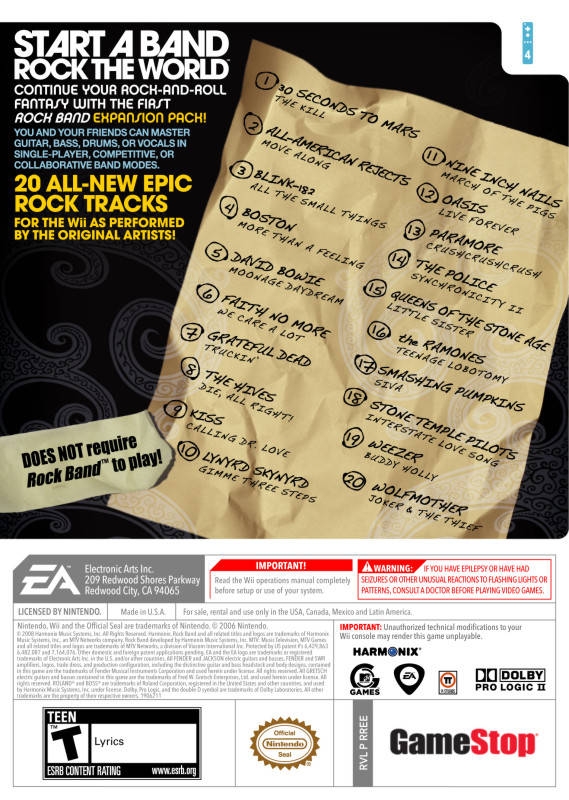 Rock Band Track Pack Volume 1 is a standalone gameplay companion to Rock Band, the collaborative, competitive, and single player music game. Rock Band lets you and your friends form your own band and live out your rock and roll fantasies to music’s greatest soundtrack, and the Rock Band Track Pack Volume 1 lets Playstation 2 and Wii users extend their experience with more great songs from the Rock Band catalog. Players with Rock Band-compatible peripherals can keep the party going with 20 hit songs from the pantheon of rock music, hand-picked with care by Harmonix.