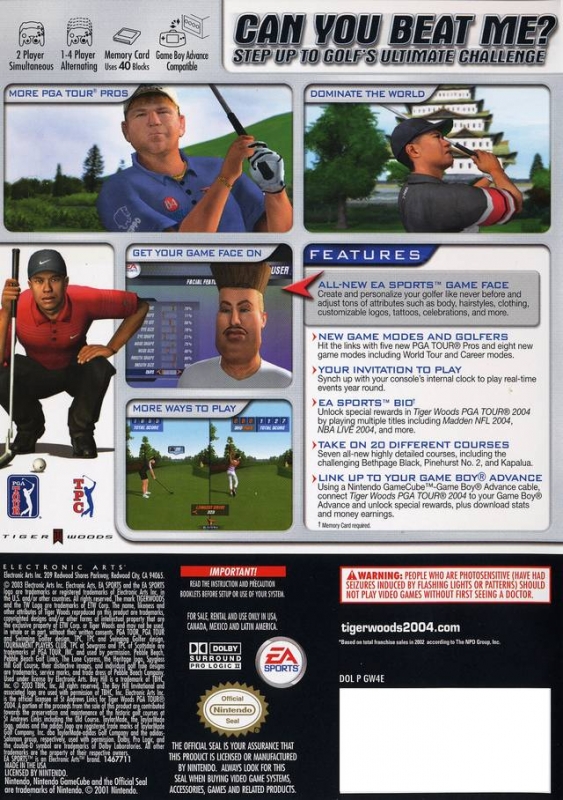 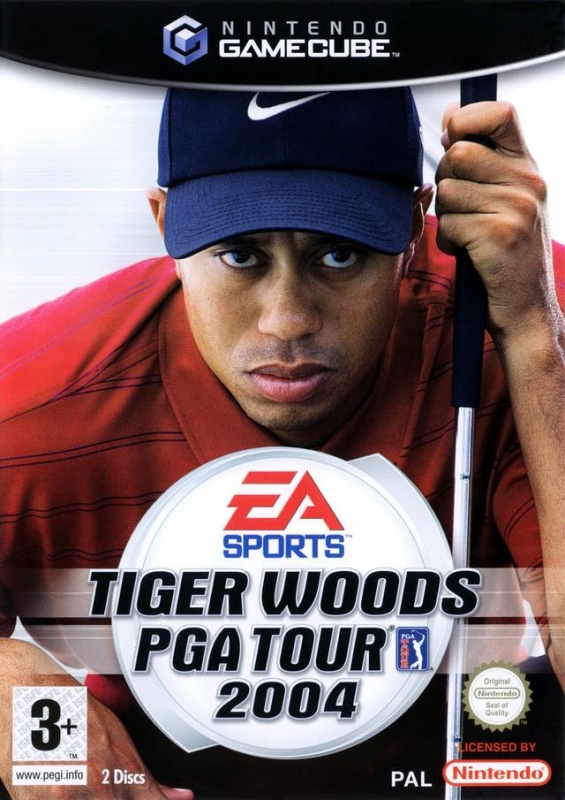 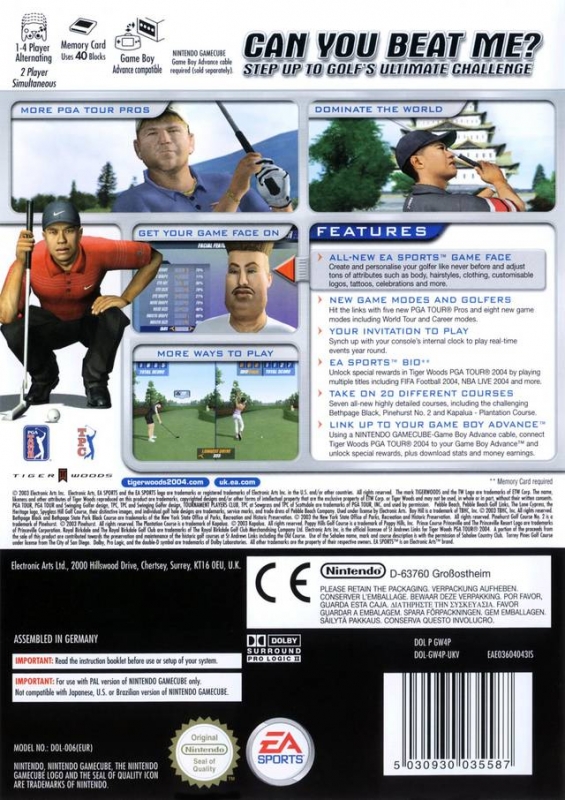 In the world of professional golf, one name stands out above the rest.

Tiger Woods PGA TOUR® 2004 is the most comprehensive and most competitive golf game available. This year you have the chance to create and build the ultimate golfer to take on the TOUR and dominate the world. Whether you play the prestigious PGA TOUR courses or the original design characters, there is something for every golf fan in this game. EA SPORTS™, continuing its exclusive partnership with the PGA TOUR and the world's best and most famous golfer, Tiger Woods, delivers the most realistic golf simulation for fans of console golf.

Build an incredibly detailed version of yourself or anyone else and take on Tiger Woods and the PGA TOUR. Adjust all physical attributes and body types such as head shape, eye color, skin tone-down to the most finite details of a computer-generated sketch-as you play. As you achieve success in the game new clothing and accessories are unlocked.


Seven new courses were added for a total of 19 different courses including more than 10 of the world's most prestigious; St Andrews Golf Links, Pebble Beach Golf Links®, Tournament Players Club at Sawgrass, The Royal Birkdale Golf Club, Princeville, Torrey Pines, Poppy Hills and Spyglass Hill. Or play one of four original challenge designs including The Highlands, The Predator, and two new fantasy courses.


Compete as or against five new PGA TOUR players including Justin Rose and John Daly as well any of 15 PGA TOUR pros, including Tiger Woods, Charles Howell III, Notah Begay III, Vijay Singh, Jesper Parnevik, and Jim Furyk among others. In addition, play as one of 12 returning original characters including Big Mo, Pops, "The Don," or Yosh Tanigawa.


In PGA TOUR Season Mode, play along with the 52-week PGA TOUR calendar of events for up to 10 seasons. Obtain sponsorships from real golf equipment manufacturers throughout your career and drive to surpass Tiger as number one on the overall money list.


David Feherty and Gary McCord make up the announcing Dream Team and provide their commentary and irreverent observations on each round.


Total Precision Swing lets you control whether you hit it straight, fade, or draw it back.