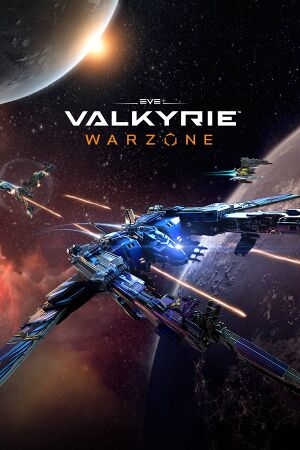 Valkyrie - Warzone brings a brand new modular progression system, giving you more control over how you evolve your ships.

Experience the thrill of First-Person Spaceship Shooter action in 13 improved and enhanced craft, including the new Covert Class ship - Shadow.

VOICE OF THE VALKYRIE

Rán Kavik, leader of the Valkyrie, is brought to life by critically acclaimed actress Katee Sackhoff, who will guide you through your Valkyrie journey.

Earn Reward Capsules to unlock a hangar-full of personalization options. Customize your pilot and your arsenal of ships to stamp your style onto the Valkyrie arena."