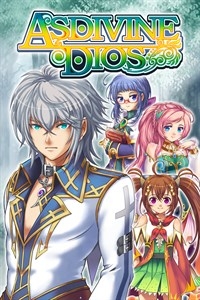 Asdivine Dios is the latest installment in the widely popular "Asdivine" series, in which the player takes up the role of a deity in an effort to solve the mystery behind a growing spate of disturbances affecting the balance of the world. In addition to its rich story, evolved graphic expressions and battle voices further allow players to immerse themselves in the world of Asdivine like never before!