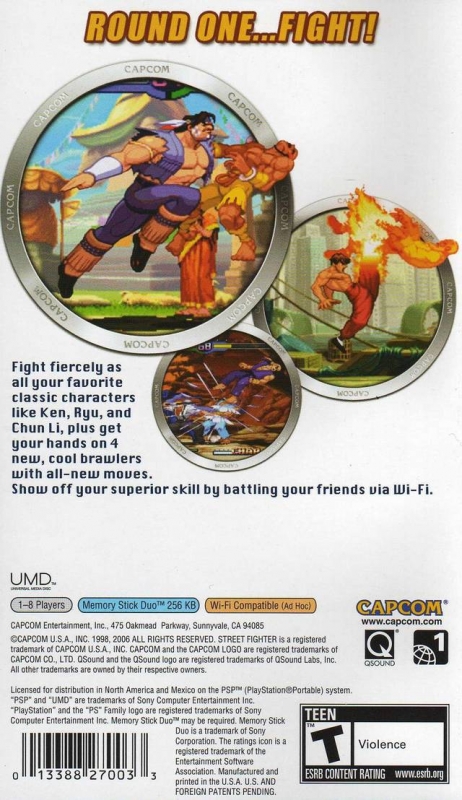 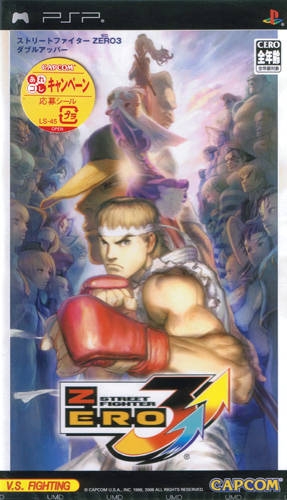 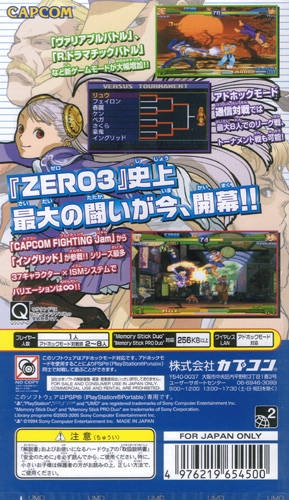 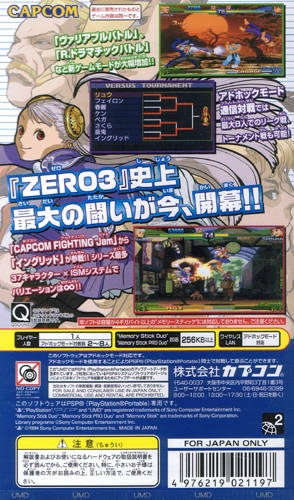 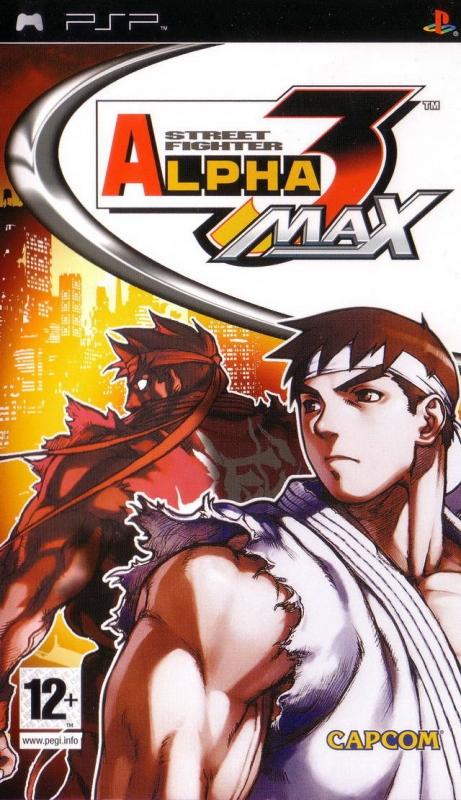 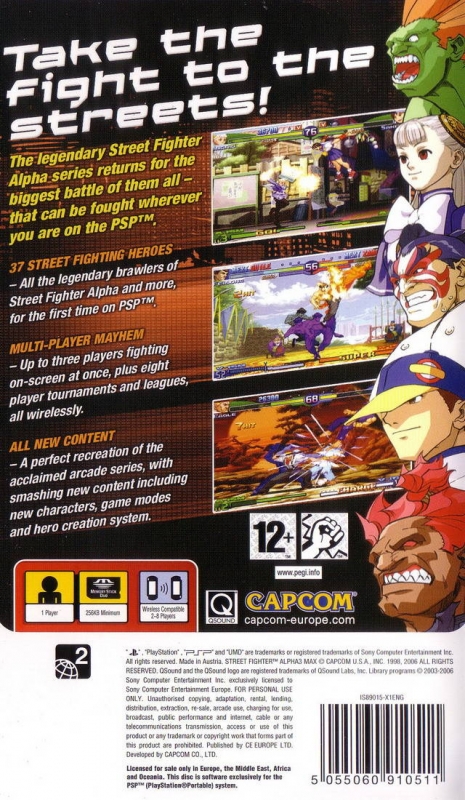 Utilizing the PSP system's superior performance and technology, Street Fighter Alpha 3 Max features new content specifically designed for the system. A gameplay mode new to the Street Fighter Alpha series, Variable BattleMode, has been implemented to allow real-time tag team brawls. Tag out and the second fighter enters performing a jump attack, a move useful for escaping tight situations. Yun, Maki and Eagle, from Capcom vs. SNK 2, as well as Ingrid from Capcom Fighting Evolution, enter the arena and are perfectly reproduced with all new original storylines. Versus battles heat up with the Wi-Fi League Battle Mode that allow a maximum of eight players to duke it out in round-robin mini tournaments.

Street Fighter Alpha 3 Max delivers the same compelling experience that players have come to expect from the series. Gamers can choose an 'ism' to govern a characters ability to perform powerful combo moves and select from a host of different gameplay modes which offerendless replay value. Arcade Mode pits the player in a series of matches against CPU controlled opponents. In Survival Mode, battle against a series of enemies until getting KO'd. Dramatic Battle Mode lets players team up with a CPU controlled character to fight an enemy. Fight the final boss in Final Battle Mode. Play alone or with friends in four network modes: Go mano-a-mano with any playable character in Versus Mode. Select a team of three characters and engage in a series of team battles withTeam Battle Mode. In Versus Dramatic Battle Mode, mix and match the combinations of brawlers as gamers can stack the deck against an opponent with 2 characters-on-1 character matches. Participate in infinite tag team competitions with Verses Variable BattleMode.