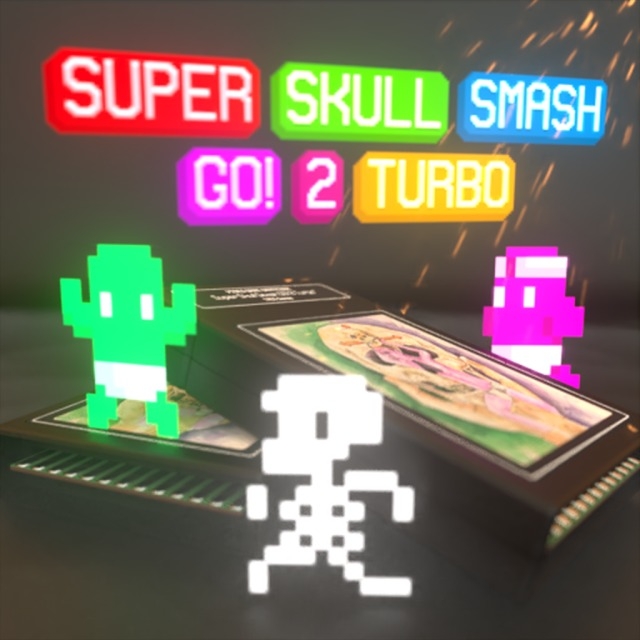 An enjoyable and quirky 2D platformer.

It was quite difficult to make a name for yourself on Sony's ill-fated platform PlayStation Mobile - between its short lifespan and lack of prominence, few developers stuck around for long. Someone who did succeed was Thom Hopper, creator of well-received titles such as Console Saga and Out of Mind, but even he created more obscure games like Super Skull Smash GO! which didn't quite break through to more mainstream acceptance. So I was surprised to see a sequel to the latter announced out of nowhere and was keen to try it out to see what I'd missed out on the first time around. 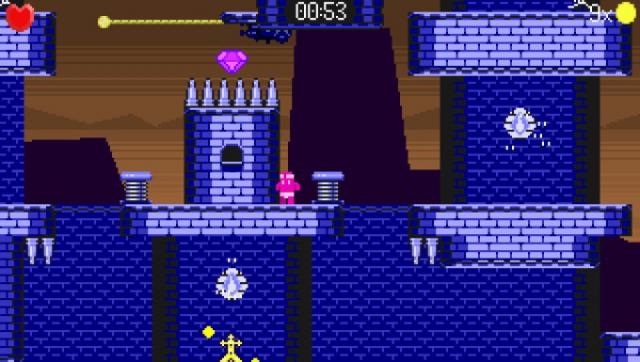 The game is a very traditional 2D platformer at its core. You control a little pink pixel man (in a dashing pair of briefs) who jumps, bounces, and dodges his way through levels collecting coins and stomping on enemies in order to stop the Evil King who has started terrorizing the land. The twist here is in the title - each level has skeletons which you can jump on the heads of to knock off their skull and then pick it up, with the goal being to find all of these and 'smash' them against a central shrine in each area in order to move onto the next one.

The nature of this makes Super Skull Smash play slightly differently to an ordinary platformer, as you'll often be running through hazards that you've already conquered to go back and collect another skull (you can only carry one at a time). This brings with it a sense of complacency - you'll think you know what you're doing only to mess up on something simple, requiring you to do the level again. Make no mistake, this is a difficult game, and one that can be hugely frustrating at times, but it's never unfair. 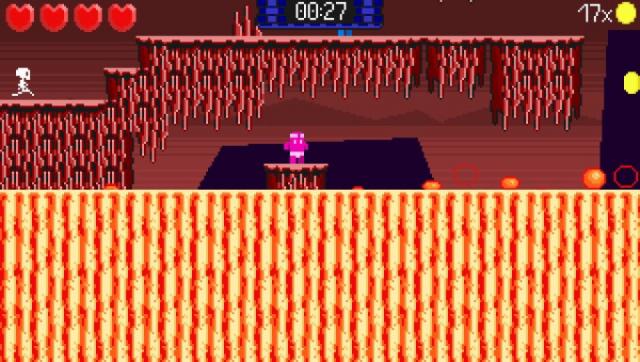 The level design starts out fairly simple as you'll just be running along and occasionally jumping over obstacles, but as the game progresses it introduces a variety of new ideas to keep things feeling fresh. Among these are different enemy types - you'll start out with simple lumbering zombies, but eventually you'll be bouncing on the heads of ghosts (which act as an amusing way to transport you across chasms) and avoiding vampires that like to leap around erratically. Different themes and gimmicks are introduced too, so for example one set of levels has you avoiding rising lava, while another has you leaping between moving mine carts which can be particularly tricky.

There are also a handful of puzzle levels thrown in that award extra heart containers. These involve moving springs and platforms around onto switches so you can reach a higher ledge where the reward is located, which again serves to increase variety (although I did find them a tad on the easy side, meaning they were more of a fleeting distraction). More challenging are the bosses, which usually require you to dodge attack patterns while catching projectiles to fling back at them. I found these the most difficult part of the game, but it's rewarding to finally take them down after dozens of attempts. 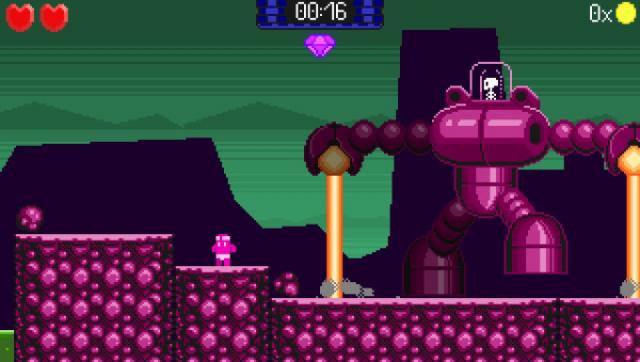 I appreciated the effort that went into mixing up the 3 hour campaign, which meant that although I was always performing the same basic task every time, I didn't grow weary of doing it. The design is assisted by collectibles in each level. A number of coins are scattered around which you'll usually come across as you collect skulls, but a gem is also hidden in each area which usually takes some skilful poking around to discover and grab (although some require you to purposefully sacrifice hearts to get to them).

With all the above said, there are a number of things that Super Skull Smash doesn't quite nail and which serve to bring the experience down. The biggest offender is the platforming mechanics, which aren't quite right. They're momentum based and fairly responsive, but I found myself sticking landings only to quickly teeter off the edge due to jump momentum continuing. This is something I've found in numerous 2D platformers so is hardly something I can rail on this game too much for, but was still a bit frustrating for me, even if I did eventually get used to it more towards the end. 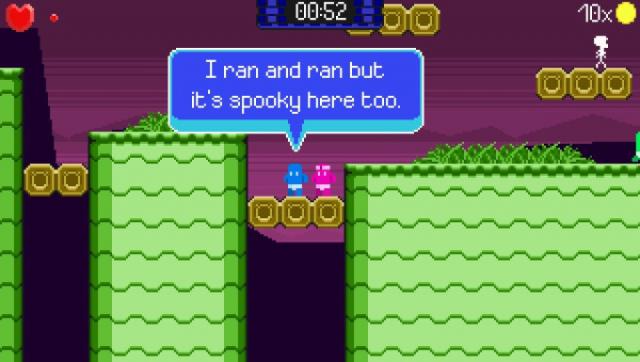 There are also numerous small quality-of-life issues that cropped up which could've been fixed with just some minor tweaking. For example, the UI shows you how many coins you have left to collect and whether you've grabbed the gem, but it doesn't tell you how many skulls there are left (which is the main thing you're playing for!). Other issues include the choice of square as a run button (at least on Vita), which feels oddly out of place (I would've appreciated the option to re-bind the controls), and that the game's volume is extremely low (I was playing through headphones on a train and could barely hear the music at full volume).

Graphically, Super Skull Smash GO! 2 Turbo features a style that is somewhat different to the 8-bit norm that we've come to expect from indie platformers. It looks more like an early Atari title, with smoother edges and block colours. I definitely wouldn't say it was a particularly attractive game, but it is good enough to get the job done and thanks to some solid porting from Poppy Works it runs well on Sony's handheld, which is the most important thing. 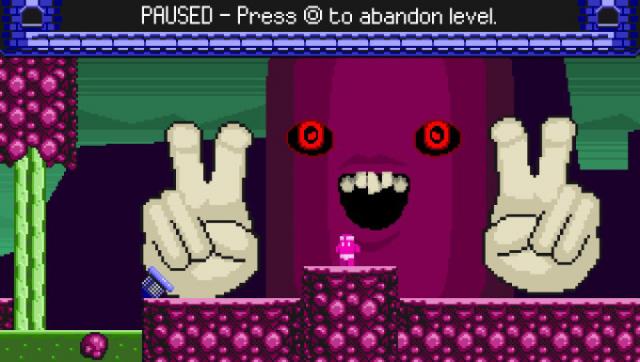 Although the story is pretty lacking, Super Skull Smash GO! 2 Turbo still manages to have its fair share of humorous moments that made me chuckle, from the off-beat comments from the little inhabitants of each area to the way the Evil King poses for a selfie when you pause the game. It's these little quirks that I'm going to remember, helping the game create its own identity in a crowded genre.

I genuinely did enjoy my time with Super Skull Smash GO! 2 Turbo. It's silly but funny, with some enjoyable platforming challenges built around its unique skull-smashing mechanics that doesn't outstay its welcome. I just wish some of its more rough elements had been tightened up to create a more coherent experience. It's still worth checking out, just don't expect something revolutionary.

This review is based on a digital copy of Super Skull Smash GO! 2 Turbo for the PSV, provided by the publisher.