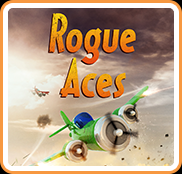 This rogue-like fighter plane game works well in small doses thanks to surprisingly deep controls and a variety of modes.

Appearances can be deceiving. A quick glance at Rogue Aces and all you might see are some uninspired graphics and simple arcade gameplay. Yet there's more to the game than meets the eye: light simulation elements, rogue-like mechanics, and a wide variety of modes to keep things interesting throughout. Is the game a masterpiece? Hardly. It is, however, much better than its cartoonish facade suggests, especially in short bursts.

In Rogue Aces, you'll take control of either a male or female pilot in an attempt to win air, sea, and land superiority for your side. Who or what your side is exactly is more than a little unclear, but one thing's for sure: it's British. Supremely British. Your commanding officer is basically Winston Churchill multiplied by Stephen Fry. Most of the game is story-less, with rogue-like loops replacing narrative beats. The only thing in the game that approximates a plotted adventure is "Frontline Campaign," a timed mode in which players hop from island to island in an attempt to win military control.

Rogue Aces is a 2D side-scrolling fighter pilot game with light simulation features — very similar to Wings of Fury, which launched on Apple II all the way back in 1987. Taking off from an aircraft carrier, you'll fly your WWII-era fighter into enemy territory, sinking destroyers, demolishing radio towers, and deflating Zeppelins along the way. The game sits in an entertaining middle ground between arcade and flight sim, so that while your machine gun operates with unlimited ammunition, your missile, bomb, and fuel stores are finite. Eventually, you'll need to retreat to the carrier or an enemy airfield — if you're skilled enough to capture one — to restock.

The game's mixture of arcade and sim sensibilities works well; it's neither too simplified nor overly complicated. It extends to aerial control also, as the left stick steers the plane in a number of acrobatic manoeuvers and the right stick controls thrust, the careful manipulation of which is essential to avoid crash landing. From its trailers, Rogue Aces might look like a simple horizontal shooter, but it actually allows for a great number of skillful movements. Depending on how you manipulate pitch and thrust, you can begin to dominate the skies. Ultimately, yes, the game isn't a true flight simulator, but it does respect the physical limitations of airplanes.

To that end, damage absorbed on different parts of the plane will affect you in unique ways. Take too many shots to the wings or tail, and your turning speed might decrease, for example. By pressing the d-pad, players can bring up an overlay revealing damage to engine, wings, tail, etc. 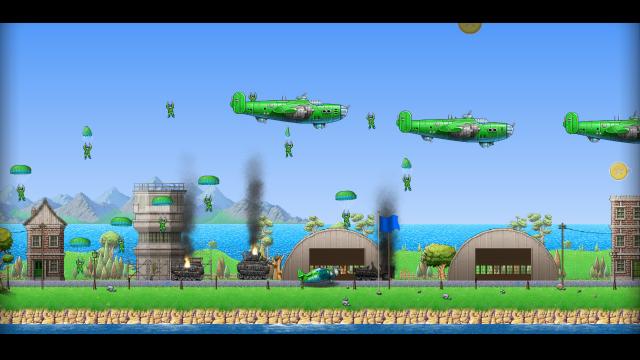 All of this mid-air mayhem takes place in a rogue-like environment, where death is permanent and environments are procedurally-generated. In the game's basic "Campaign," players will fly up to 100 random missions with three planes and a single pilot. If your vehicle stalls, you can always bail and parachute to safety (or, in the game's most bad-ass move, hop into an enemy's cockpit and commandeer his vessel) but once every plane is gone it's game over. Fortunately, by playing over and over and earning experience, you can level up. Reach certain experience benchmarks and you'll unlock power-up slots before your next run — a friendly concession in an unforgiving genre.

If "Campaign" was all Rogue Aces offered, it would be a tiresome affair. Luckily, there are many more modes to unlock, including (but not limited to) the aforementioned "Frontline Campaign," a timed adventure with a small dose of strategy; "Veteran Campaign," a more challenging take on the standard mode; Survival, a non-stop collection of dogfights with a single plane; and "Bomber Defense," where you'll control the turrets on a heavy bomber surrounded by enemy fighters. This adds some much-needed diversity and freshness to a title that, even with these extra modes, struggles to ward off a certain amount of tedium. 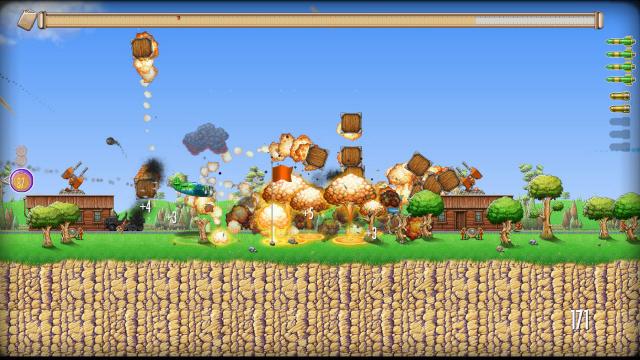 That brings us to Rogue Ace's biggest flaw: its production values. From its menus to its soundtrack to its colorful-but-generic art design, the game gives off a free-to-play mobile vibe. It's a shame, really, because there is a decent amount of content and a surprisingly nuanced flight system hidden behind these, admittedly, cosmetic things.

If you can look past some uninspired visuals, you might find yourself having a lot of fun with Rogue Aces — particularly if you're a fan of games like Wings of Fury or, more recently, Luftrausers. Its rogue-like randomness works in small doses, and its wide variety of modes keeps things crisp. Will it find its way into your regular rotation? Probably not. However, in the words of Mike Daw, Creative Director at Infinite State Games, "Its short, frenetic levels are great if you’ve got a spare 5, 15 or even 50 minutes."

This review is based on a digital copy of Rogue Aces for the NS, provided by the publisher.