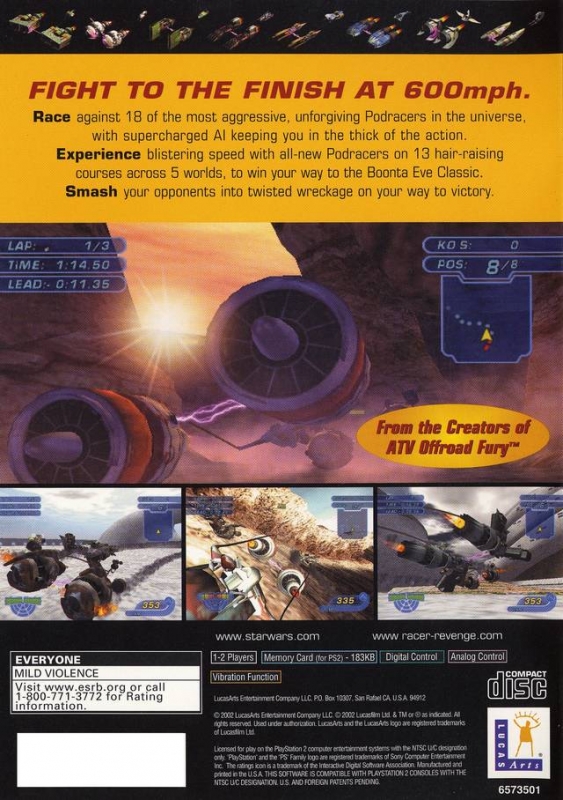 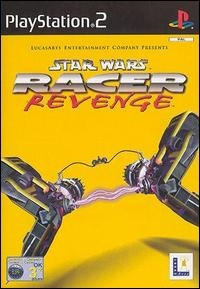 It has been eight years since the first spectacular Podracing showdown between Sebulba and the young Anakin Skywalker. Seeking payback for his humiliating loss, Sebulba has a new beefed-up Podracer and lust for revenge. But it's not going to be easy: Anakin has grown into a boldly skilled Podracer pilot...

Thus the stage is set for Star Wars Racer Revenge, bringing newer, faster, and even more dangerous Podracing to the galaxy-taking you on a one-way ride to ultimate victory. Jockey for position with a tangle of Podracing opponents or leave the pack behind at intense, nerve-jangling, planet-scorching simulated speeds of up to 600 mph. Crash and bash competitors into oblivion as you take them out of the race for good.