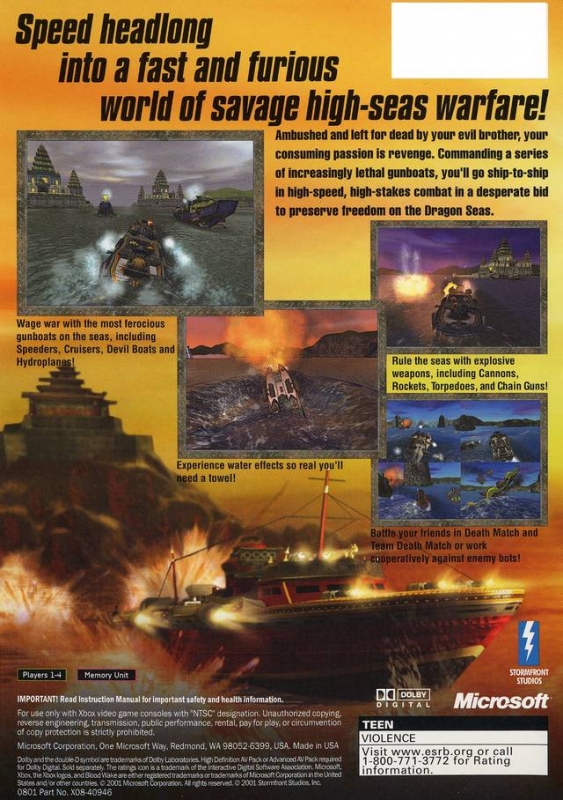 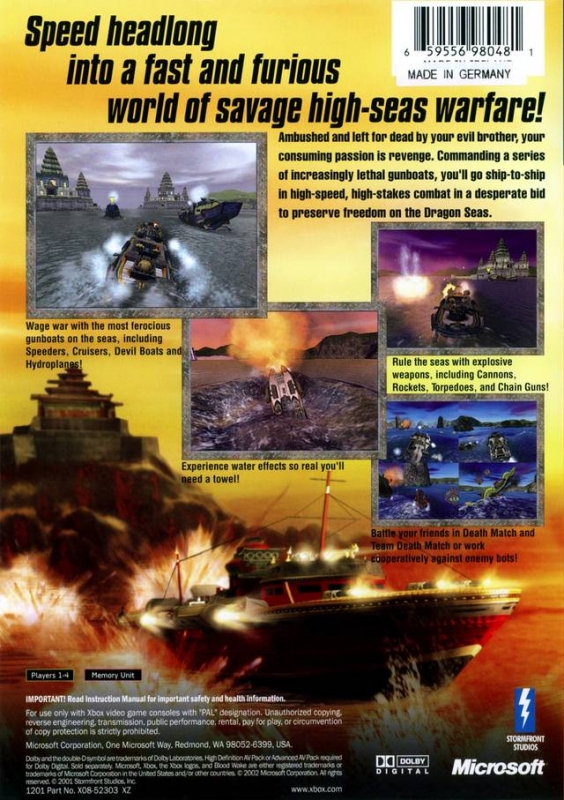 Engage in combat with other boats, forts, and shore batteries in exotic locales. With the help of an outlaw band of sea-raiders, you must overthrow a devious army and restore order to the land in Blood Wake®.