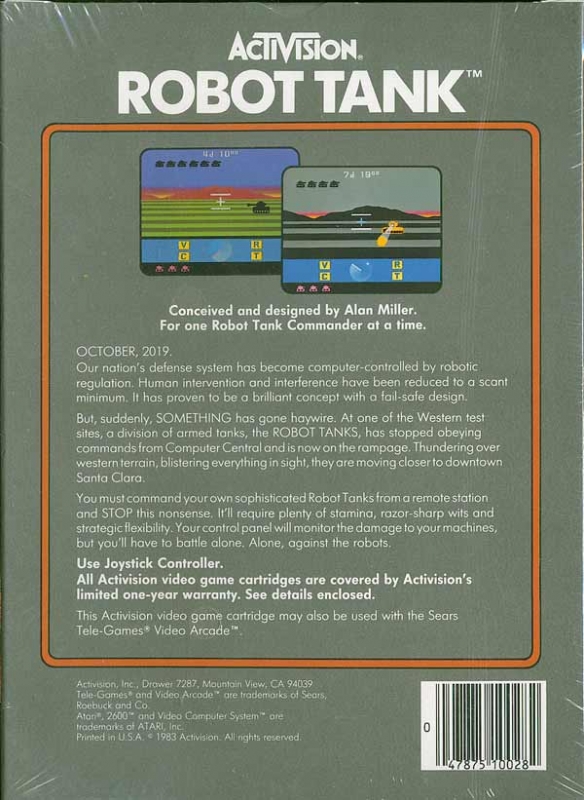 Our nation's defense system has become computer controlled by robotic regulation. Human intervention and interference have been reduced to a scant minimum. It has proven to be a brilliant concept with a fail-safe design. But, suddenly, something has gone haywire. At one of the Western test sites, a division of armed tanks, the ROBOT TANKS, has stopped obeying commands from Computer Central and is now on the rampage. Thundering over western terrain, blistering everything in sight, they are moving closer to downtown Santa Clara. You must command your own sophisticated Robot Tanks from a remote station and STOP this nonsense. It'll require plenty of stamina, razor-sharp wits and strategic flexibility. Your control panel will monitor the damage to your machines, but you'll have to battle alone. Alone, against the robots.