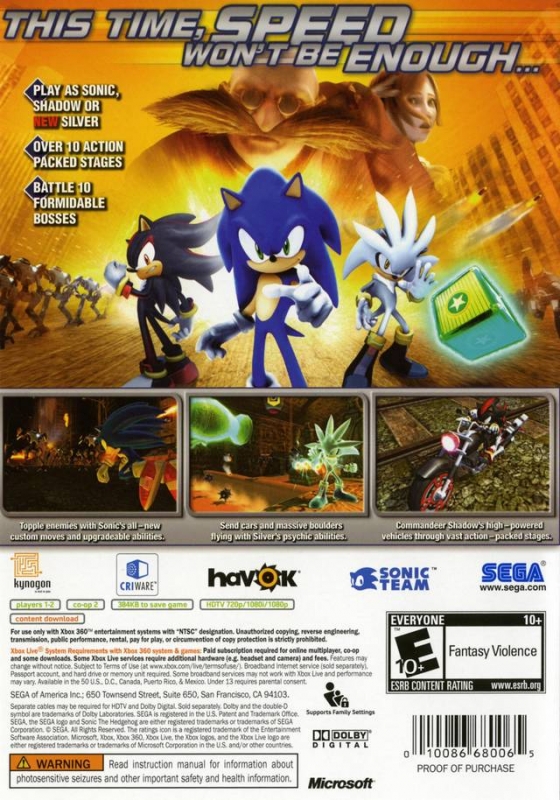 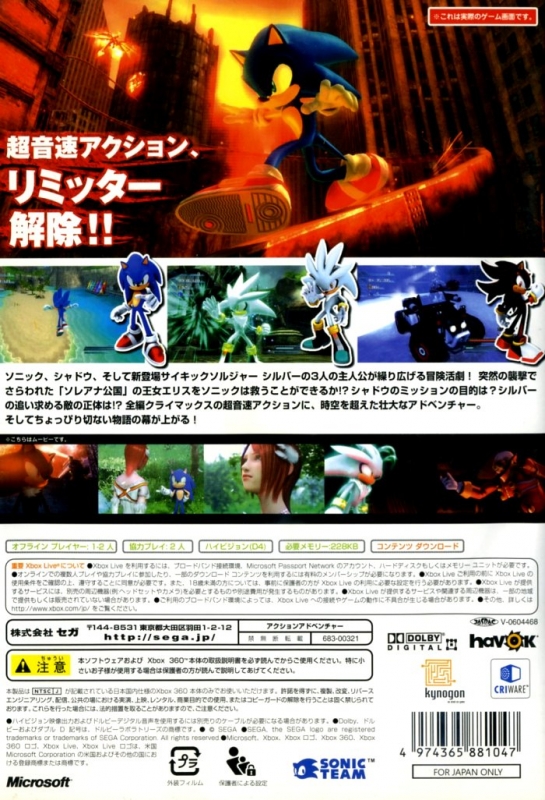 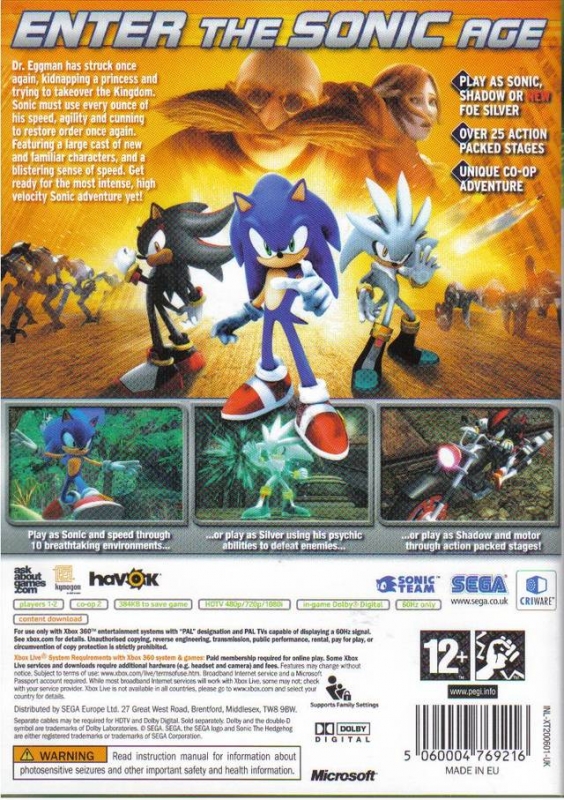 Sonic celebrates his 15th anniversary by reprising the starring role that made him a gaming icon worldwide.

Sonic The Hedgehog shines with production values you'd expect in a Hollywood CG movie and combines them with next-generation art, physics and game design to create the most intense sensation of speed ever experienced in videogames.

When Sonic debuted on the SEGA Mega Drive back in 1991, he shook up the action-platform genre with his now famous trademark speed and attitude. Fifteen years later, the rebirth of Sonic will take place in an epic-scale adventure where a princess is kidnapped by none other than the calculating Dr Eggman, and the very existence of a kingdom is threatened unless Sonic uses every ounce of his speed, agility and cunning to restore order.

Unfortunately for Sonic, a mysterious new character is out to take him down using shocking new psychic powers that even the blue dude with a 'tude will find difficult to out-manoeuvre. Just who this character is, and why Dr Eggman kidnapped a princess to threaten a whole kingdom, is up to Sonic to figure out!

• A rich storyline that delivers an epic free-roaming and ultra-high-speed adventure.

• Multiplayer modes where you can play through a unique co-op adventure with another player, or duke it out with others whose goals are completely different to yours!
http://www.sega.co.uk/games/sonic-the-hedgehog/