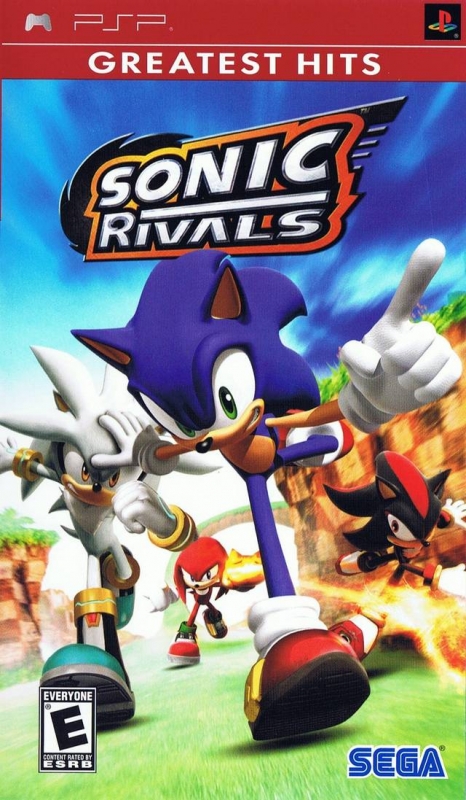 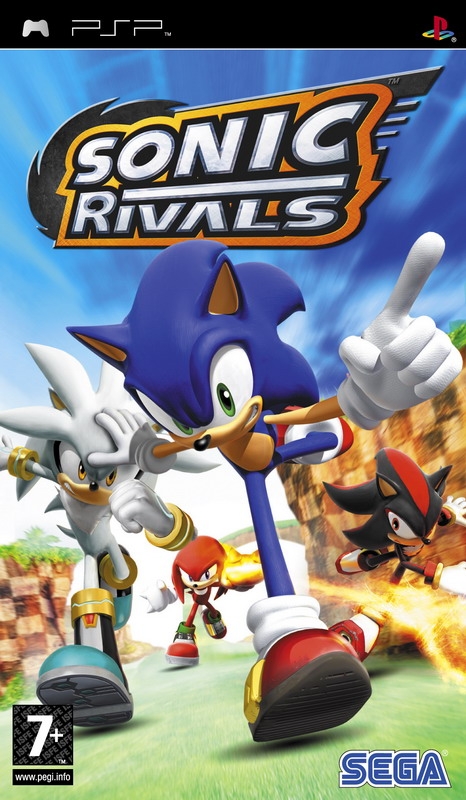 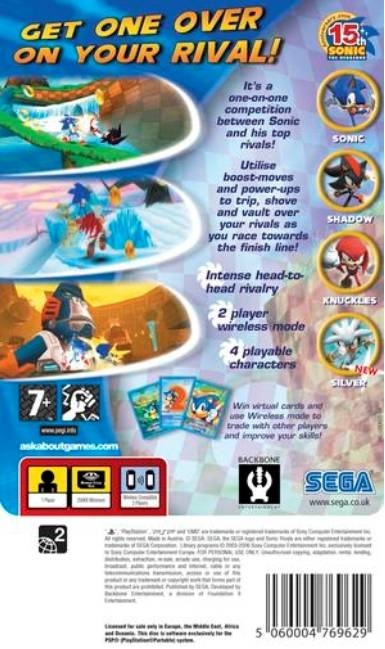 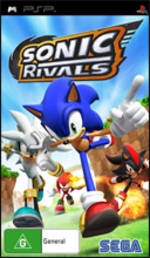 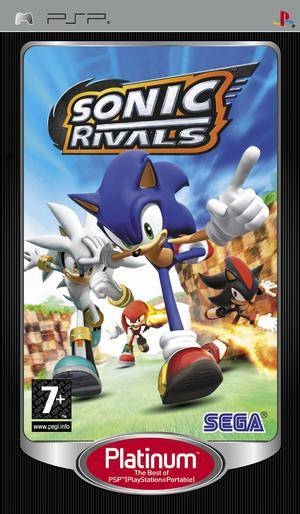 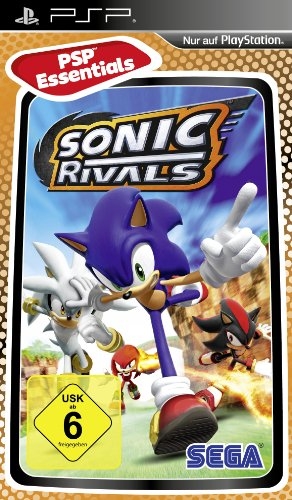 What starts as a friendly competition between Sonic and Knuckles quickly intensifies as Shadow and other rivals jump into the action. Sonic Rivals allows gamers to utilize boost moves and power-ups to trip, shove, and vault over each other while hurtling towards the finish line at breakneck speeds. Players will negotiate wildly twisting 3D tracks while avoiding the insidious Dr. Eggman and his myriad of hazardous traps and contraptions.

In Sonic Rivals, gamers can play as one of four different characters from the Sonic Universe, each with separate fast and winding storylines. In addition, the extensive rewards system, which is based on collecting trading cards, allows players to customize their favorite characters. Connect via wireless to race against a friend, and put trading cards on the line for even more multiplayer challenges.