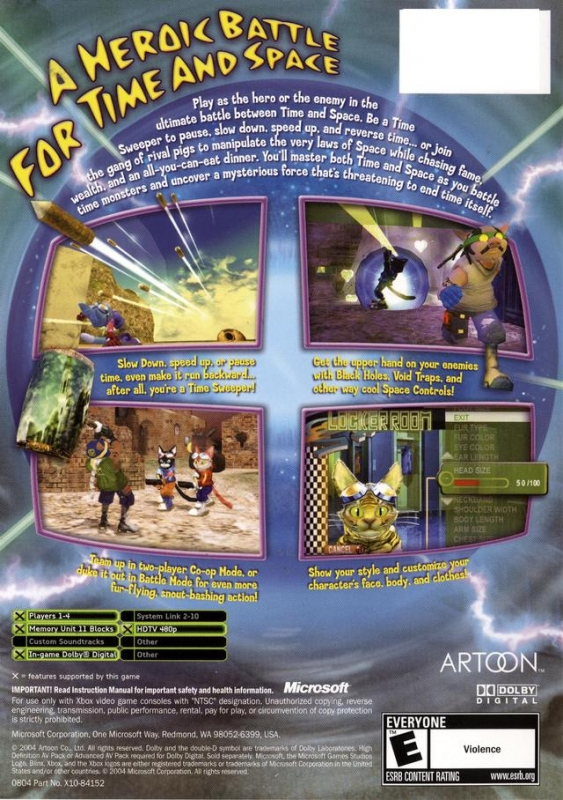 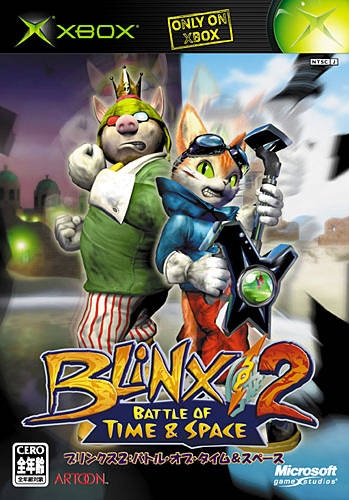 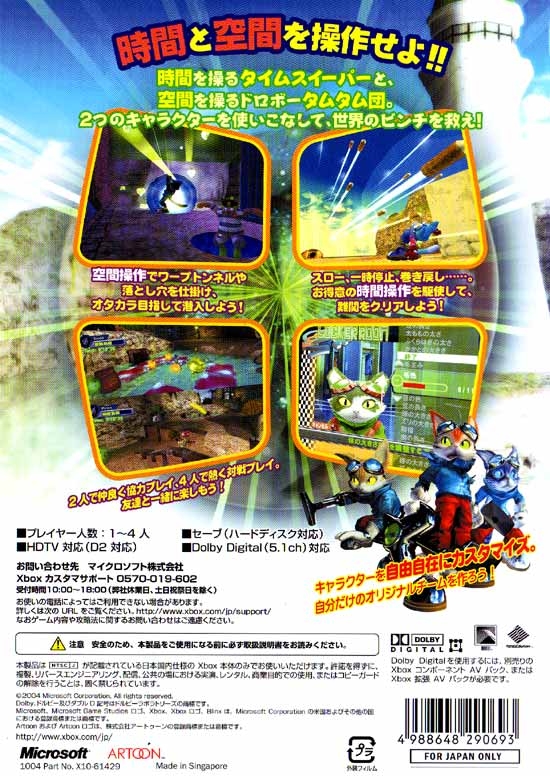 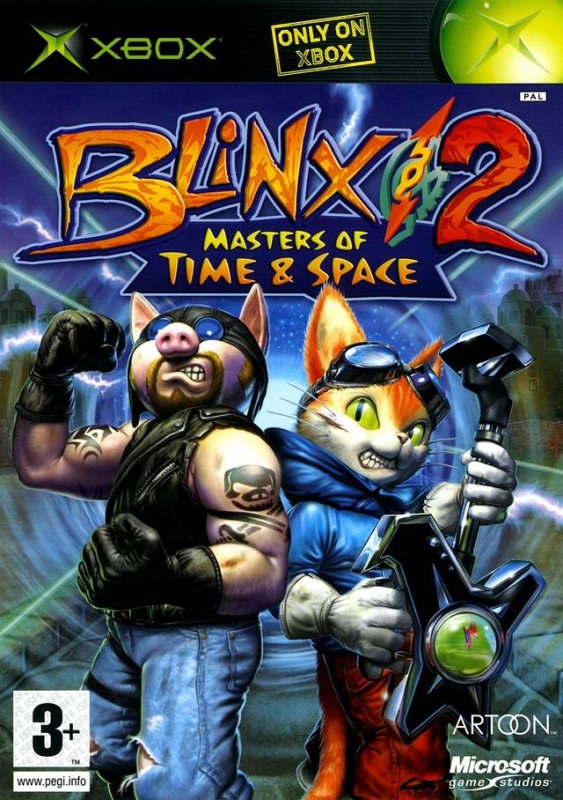 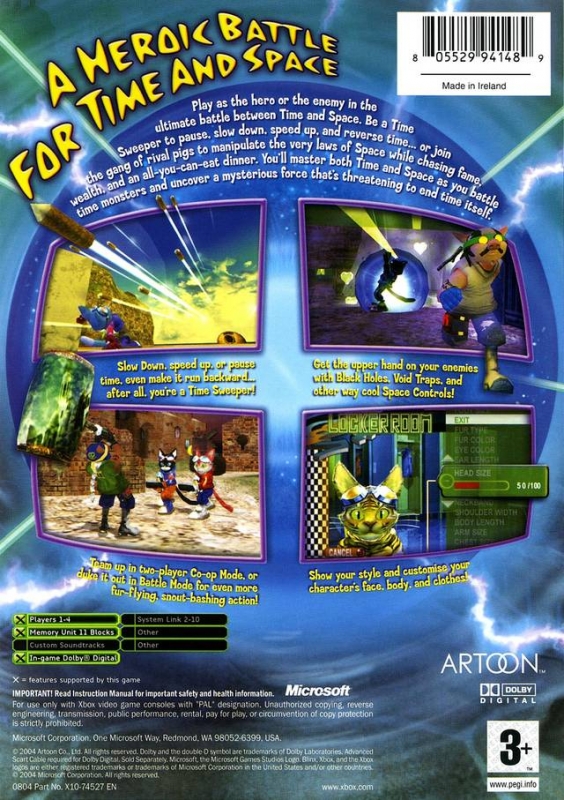 Blinx® 2: Masters of Time & Space continues the adventures of Blinx, a heroic cat with the ability to make time slow, fast forward, rewind, or stop. In this sequel, Blinx and his squad of tough, agile cats use their time control powers to battle menacing time monsters, outmaneuver the criminal pig gang, and discover why time is disappearing.

Step into the shoes of the cats’ rivals—the sneaky pigs—who are equipped with the ability to morph and control space. These crooks tackle various challenges using their stealth skills, powerful weapons, and mastery of the space continuum.

• Control time as the hero: Play the role of a heroic cat and control time to face tough battles and puzzling challenges. Pause, slow, fast-forward, rewind … it’s just like using a VCR remote control on the real world.

• Work as a team: Get a teammate to play through the story together in two-player Cooperative mode. Overcome tough enemies and unique two-player challenges with strategy and teamwork.

• Square off against friends: Compete in the new Battle mode to use time and space powers against friends. Up to four players can simultaneously battle on one Xbox.

• Show your style: Customize the face, body, and clothing of characters. This is a first among action-platformers. More than 25 characteristics can be adjusted in up to 100 ways, so gamers can make the characters as unique as they are.