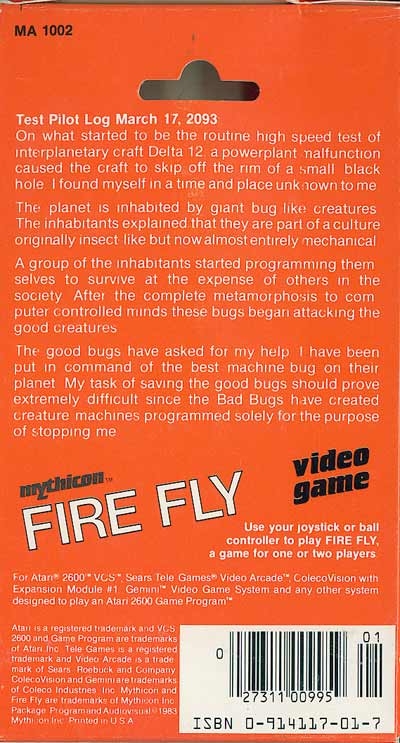 Test Pilot Log March 17, 2093: On what started to be the routine high speed test of interplanetary craft Delta 12, a powerplant malfunction caused the craft to skip off the rim of a small black hole. I found myself in a time and place unknown to me. The planet is inhabited by giant bug-like creatures. The inhabitants explained that they are part of a culture originally insect-like but now almost entirely mechanical. A group of the inhabitants started programming themselves to survive at the expense of others in the society. After the complete metamorphosis to computer controlled minds, these bugs began attacking the good creatures. The good bugs have asked for my help. I have been put in command of the best machine bug on their planet. My task of saving the good bugs should prove extremely difficult since the bad bugs have created creature machines programmed solely for the purpose of stopping me.