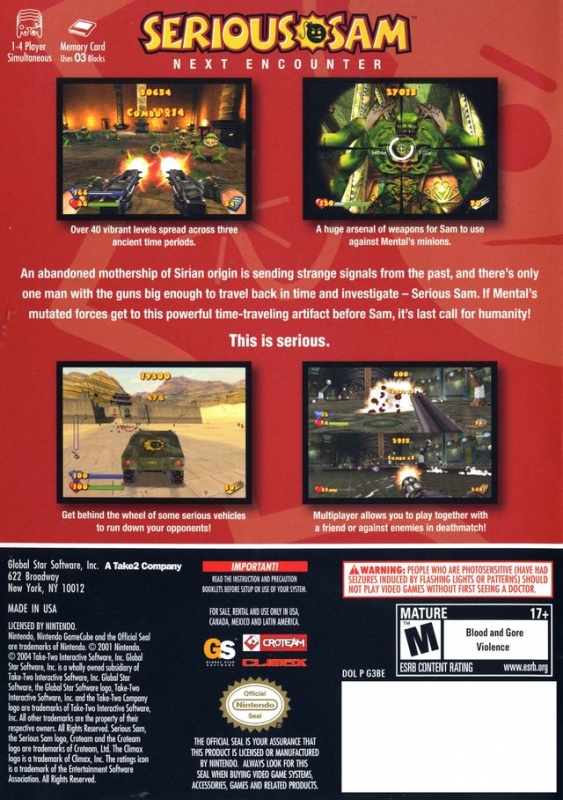 Serious Sam: Next Encounter finds Sam gearing up once again to defend the Earth from Mental and his limitless extra-terrestrial hordes. Sam is launched back in time to rid the alien scum from more than 40 levels spread throughout three beautifully rendered, massive new time periods Ancient Rome, Feudal China and legendary Atlantis. For the first time ever, Sam will have access to vehicles to help him mow down the enemies, and of course heÂ¹ll be armed to the teeth with an arsenal that contains old favorites and some high-powered new additions. Throughout it all, Serious Sam: Next Encounter maintains the same hilarious and high speed shoot-em-up action that fans have come to love, while introducing loads of new gameplay to keep old hands and newcomers alike coming back for more.