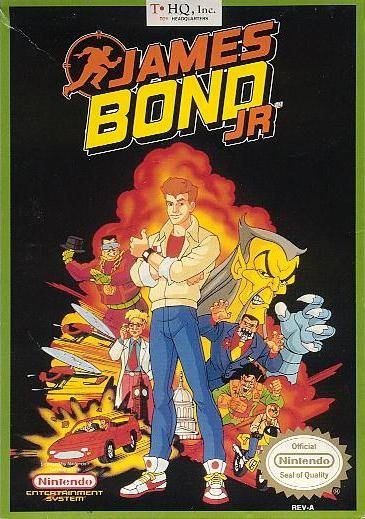 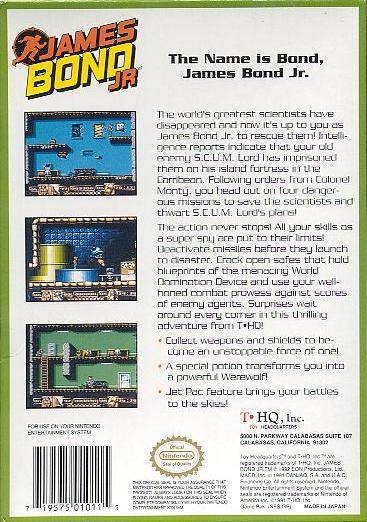 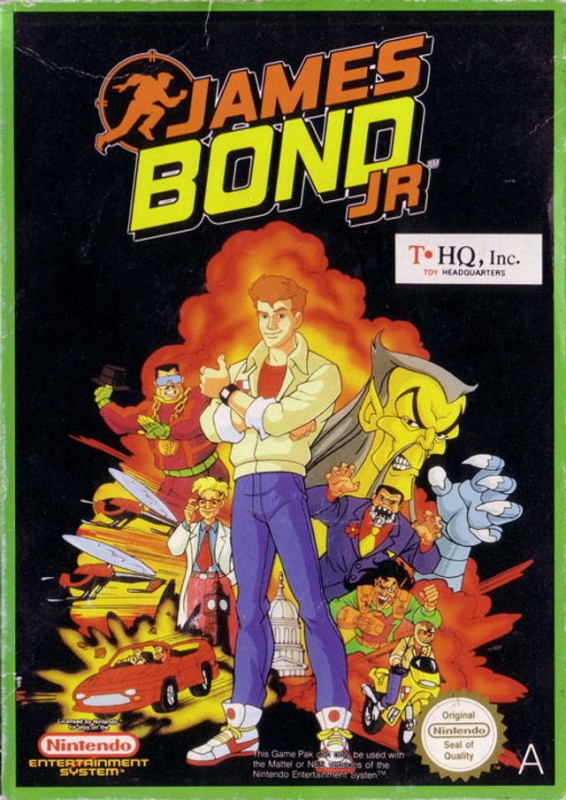 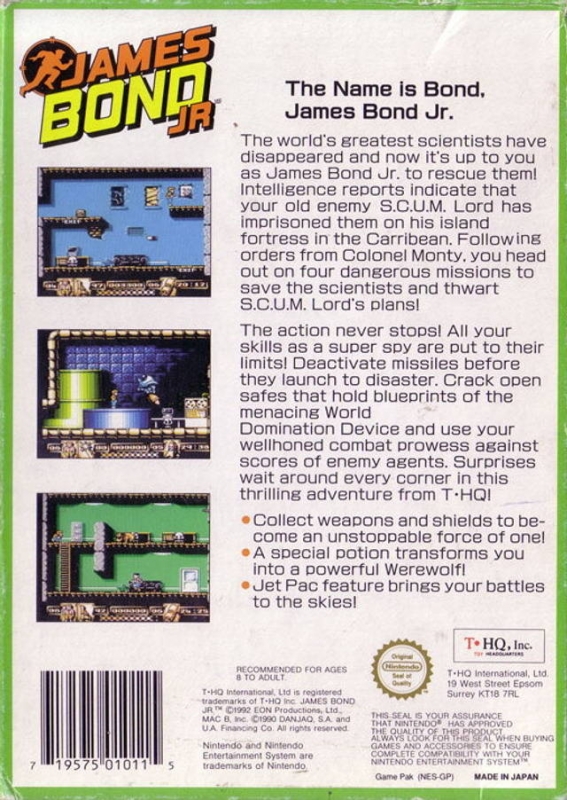 The world's greatest scientists have disappeared and now it's up to you, as James Bond Jr., to rescue them! Intelligence reports indicate that your old enemy S.C.U.M. Lord has imprisoned them on his island fortress in the Carribean. Following orders from Colonel Monty, you head out on four dangerous missions to save the scientists and thwart S.C.U.M. Lord's plans! The action never stops! All your skills as a super spy are put to their limit! Deactivate missiles before they launch to disaster. Crack open safes that hold blueprints of the menacing World Domination Device and use your well-honed combat prowess against scores of enemy agents. Surprises wait around every corner in this thrilling adventure from THQ!