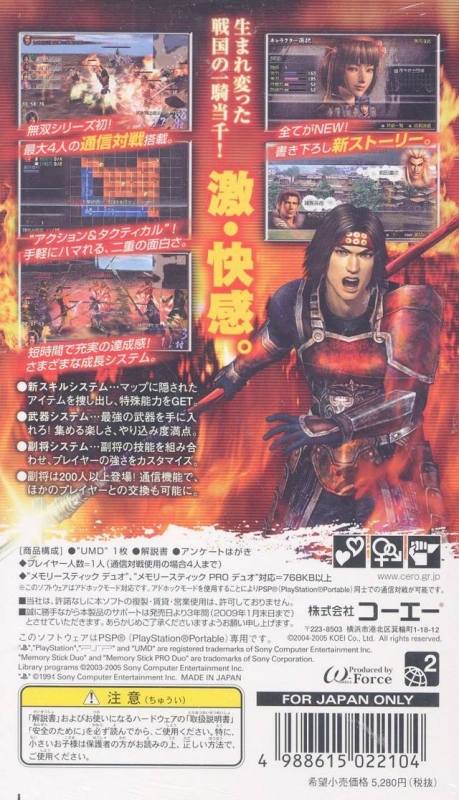 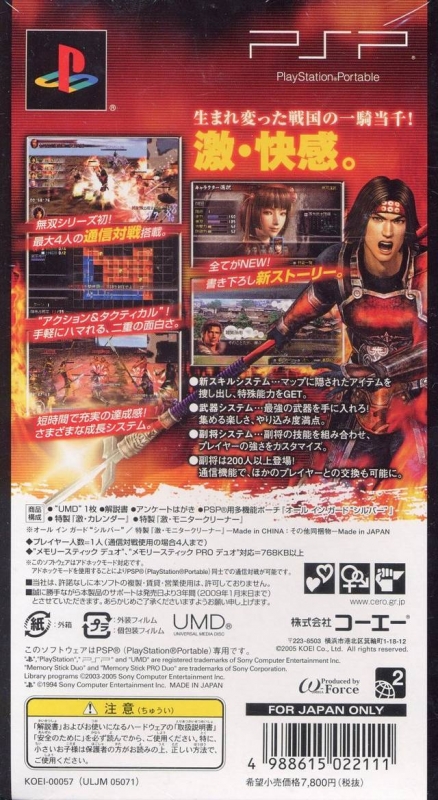 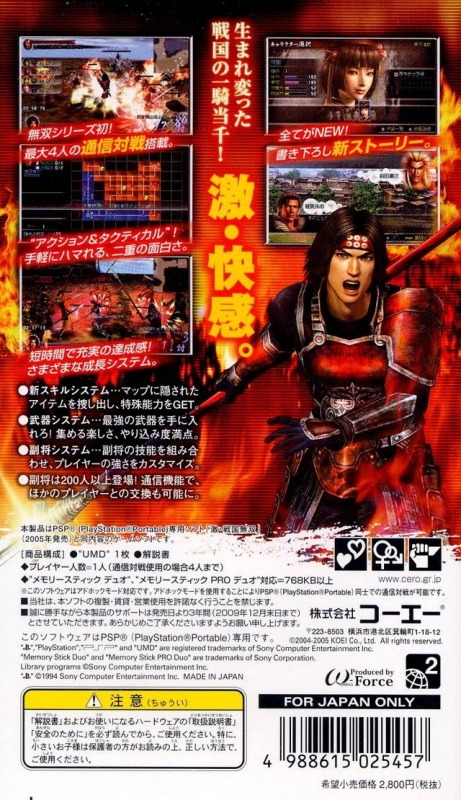 Samurai Warriors: State of War is set in civil war Japan, when great commanders such as Nobunaga Oda, Shingen Takeda, and Kenshin Uesugi struggled for control of the country. Arm yourself with classic Japanese weaponry such as katanas and shuriken, and launch into the chaos of 16th century Japan. The action is relentless, and ranges from massive open-field warfare to sieges of trap-laden castles.