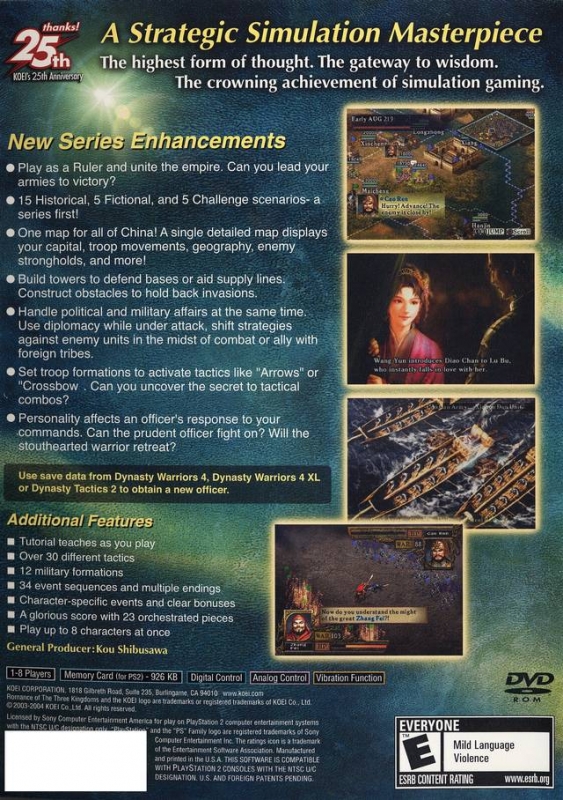 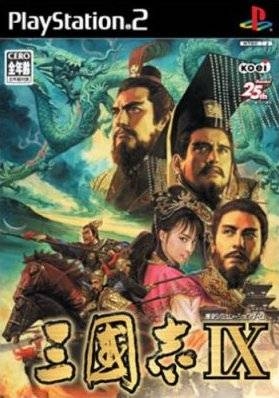 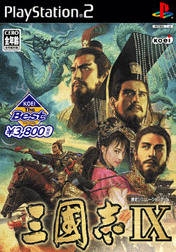 With Ancient China as the backdrop, the game chronicles the dramatic events of the 2nd and 3rd centuries when the once grand empire fell into civil war. While retaining many of the features that have become hallmarks of the Romance series, RTK IX (ROMANCE OF THE THREE KINGDOMS IX) is vastly different from previous games in the series. Most notable is that players immediately take the rank of a Ruler. Traditionally reserved as the highest rank in the series, the role of Ruler will test any player's leadership, management and strategy skills.

RTK IX's combat has evolved in many ways and takes place at a much higher tempo than previous games in the series. Players can handle political and military affairs at the same time, and as a result use diplomacy while under attack or shift strategies against enemy units in the midst of combat. Players can also build towers to defend bases or construct obstacles to hold back invasions. Furthermore, certain troop formations can activate specific tactics such as "Arrows" or "Crossbow," and with the new Tactical Combo System, players can set officer formations to unleash a barrage of tactics.