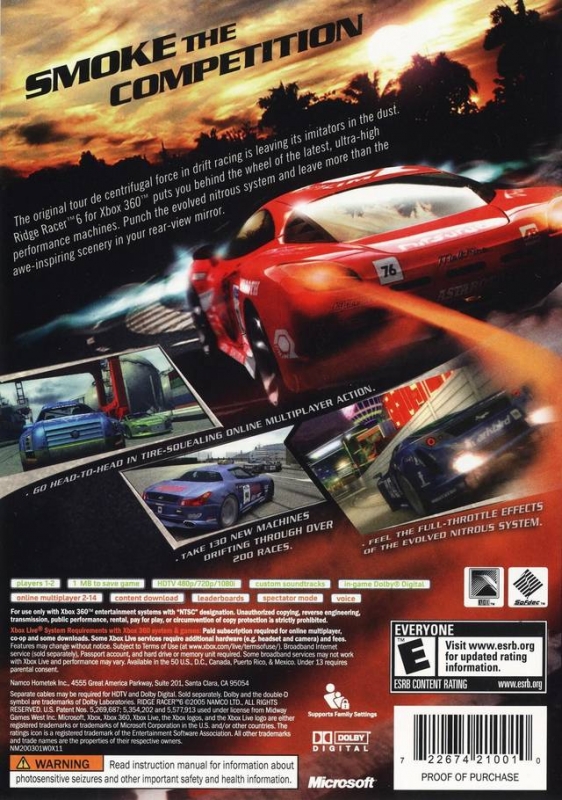 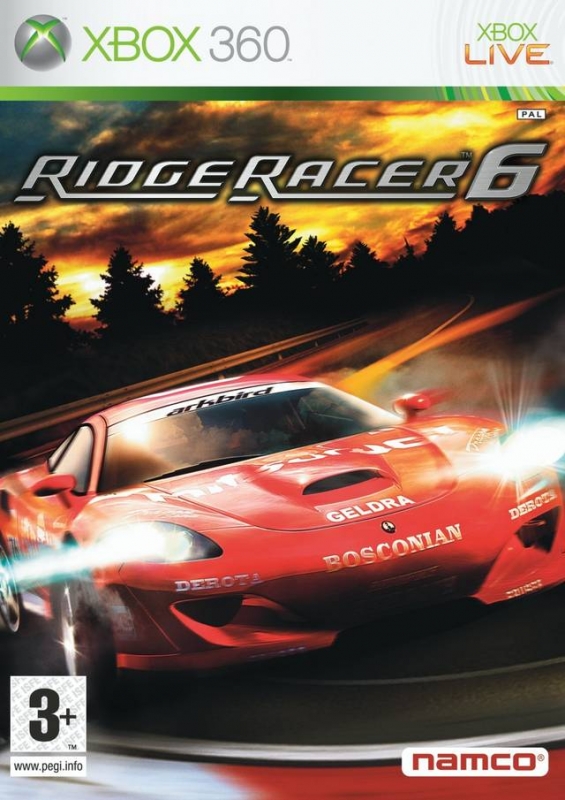 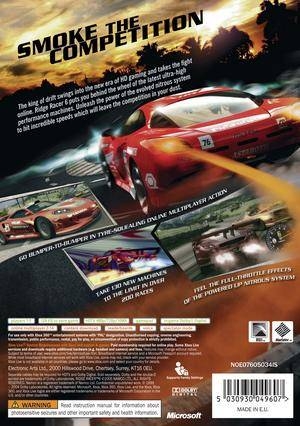 the king of the drift returns.

Presentation - 9.0
Gameplay - 10
Value - 7.0
ridge racer 6 is the same great game that made it a must play but doesnt really add anything new.

riiiiiiidge racer!! yeah its not quite the dominant racer it was before gran tourismo can out and made sim fun but the series will always have a special place in racing fans hearts. the drift is right up there with the dragon punch and the BFG as classics in gaming.

ridge racer 6 is a 360 exclusive for the 360. it offers very little new to the franchise and instead decides to polish the formula. the one new add-on is the nitrous first seen in the PSP games. it fills up in 3 different stages where each stage is a faster and bigger boost then the last. boost around corners by drifting to make your boost fill up faster. its a simple upgrade that adds alot to the gameplay.

most ridge racer games takes place in one city with multiple tracks. this games changes it up by offering around 20 tracks in different venues. the tracks are gorgeous and well put together without a dud in the bunch. better yet, these are all fantasy tracks so you dont need to worry about the same tracks other racers throw at you like GT and forza. even though its a launch title. the tracks still look as good as other racers currently on the market, it just has a different, more colorful look.

the cars are all fake models that are slightly based off of todays super cars. each car feels slightly different from each other thanks to the speed and drift abilities of each car. most cars are floaty however so once you figure out the speed of the cars the drifting mechanic will do the rest. there isnt any customization but there is alot of variety. still, it would of been nice to get at least a paint editor.

i really love ridge racer 6 and wanna give it a high recommendation. im aware that ridge racer 7 came out and added a few more tracks and some customization options but i think the 360 version is still superior. the acheivments gives the game more reason to proceed in the career mode, the online plays smoother and you can use custom soundtracks.

online is great and it rarely stutters even with a full roster of 16 players. you can also race against players best times which is what i prefer. in a game like ridge racer 6 1 or 2 bumps can cost you a race.

it doesnt have an open world like burnout paradise and im glad. there is less confusion and i simply dont think that would work for ridge racer. there is no damage either, again it would simply not be ridge racer if it had it. for those who like sim racers stay far away, but if you like arcade style racers, you cant go wrong with this. it can be found for less then $20 now and there is still some folks playing it online. be warned however. these guys are pros and have really outdid themselves.