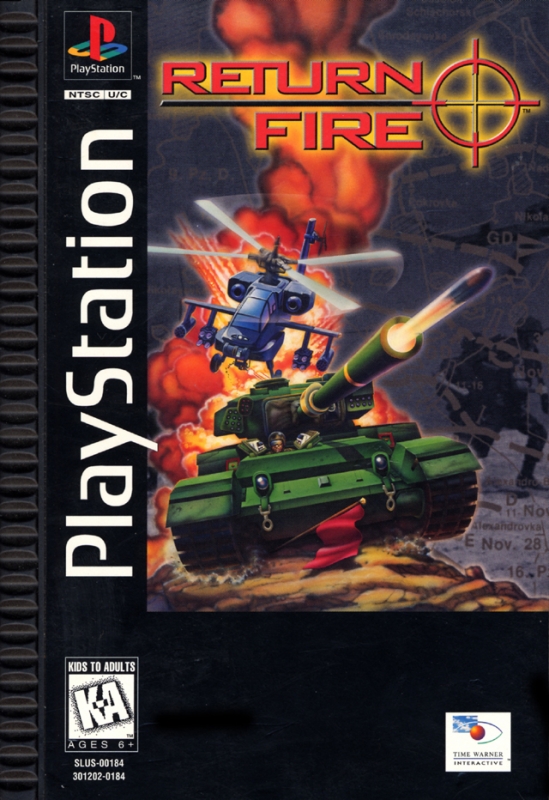 NEGOTIATION IS FOR WEAKLINGS. In Return Fire, you are face-to-face with your enemy, locked in bloody battle. Using helicopters, tanks, armored support vehicles (ASVs) and jeeps, your mission is to infiltrate hostile territory, find the enemy flag hidden in a secret bunker and return to base. But the attack is not one-sided. From the first shot, your enemy is mobilizing its forces in an equally fierce attempt to reach your flag and return with it. Casualities mount. Destruction is everywhere. In this battle, the side with superior tactics and firepower will prevail. The other will burn.