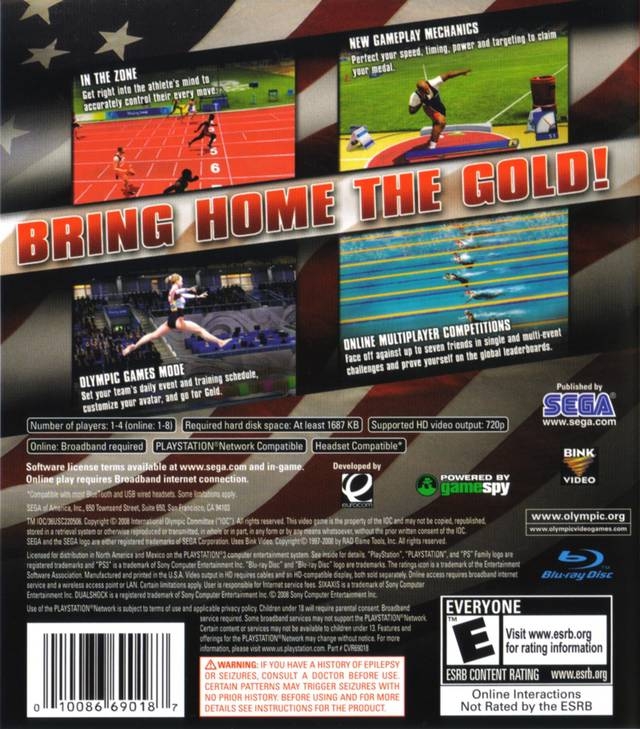 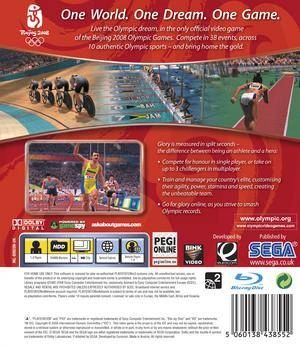 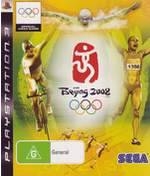 Embrace the competitive spirit of the world's most prestigious sporting event, represent your country and bring home the gold.

Appearing on next-gen consoles, the game promises to deliver a far more entertaining and immersive Olympic experience with superior graphics capturing the fine emotional detail of each event, where a * fraction of a second means the difference between winning and losing. Brand new game play mechanics challenge a players time, speed and coordination.

Compete alone or with up to seven friends online, player's will strive to break records as they lead their chosen country to victory. This summer, everyone will want to show their patriotism and bring home the gold.

* 38 Official Events: Across 10 Olympic disciplines, players will represent the country of their choice and compete in Track and Field, Aquatics, Gymnastics, Cycling, Judo, Table Tennis, Kayaking and more for the highest honour.

* Olympic Games Mode: Players will organise their daily schedule and customise their national teams with agility, power, stamina and speed for competition across 38 events. With up to three friends, players will participate in either single or multi-event challenges in Competition mode.

* New Gameplay Mechanics: There is a variety of controls across all events, including a time-based system where timing, power and angle are essential, a rhythm-based method that requires increasing and sustaining speed, and a targeting system to aid players in accurately hitting targets.

* In the Zone: Pulls players right into the athletes mind, getting them closer to the action and giving them time to accurately control every move.

* Capturing the Olympic Spirit: As the only official Olympic game, Beijing 2008 offers full Olympic branding, ultra-realistic recreations of the Beijing stadiums from the Olympic City in your own home.
http://www.sega.co.uk/games/beijing-2008-the-official-video-game-of-the-olympic-games/