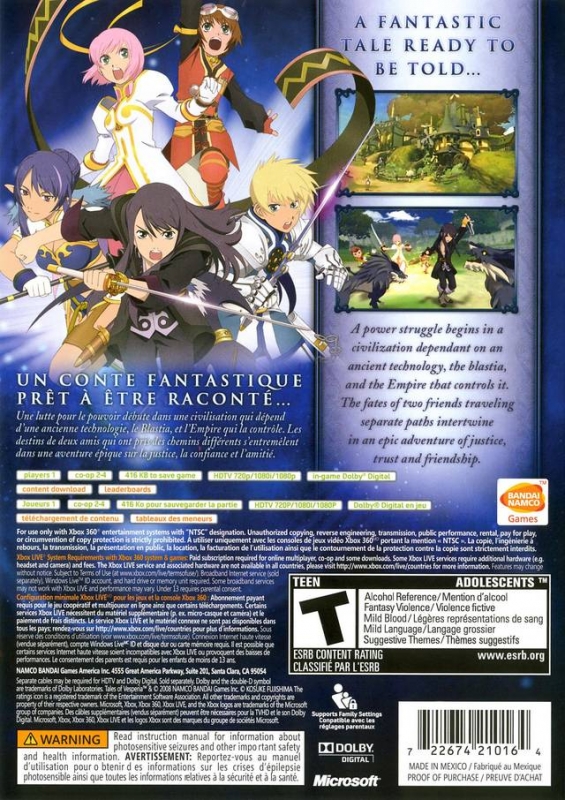 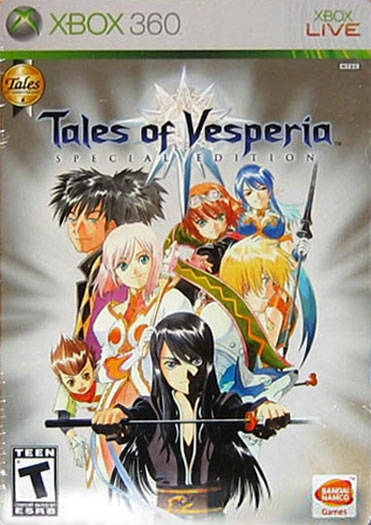 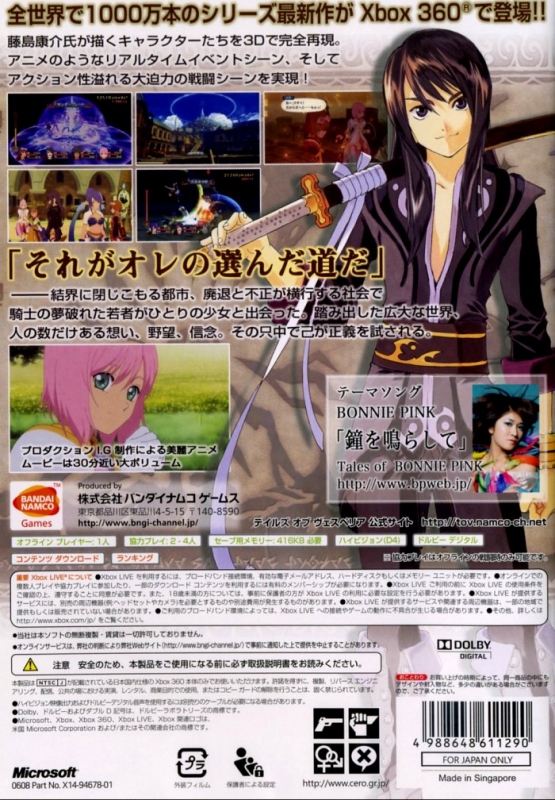 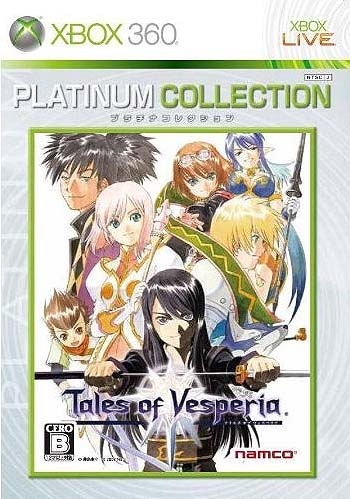 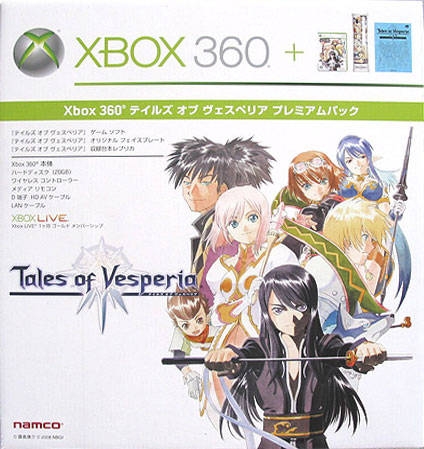 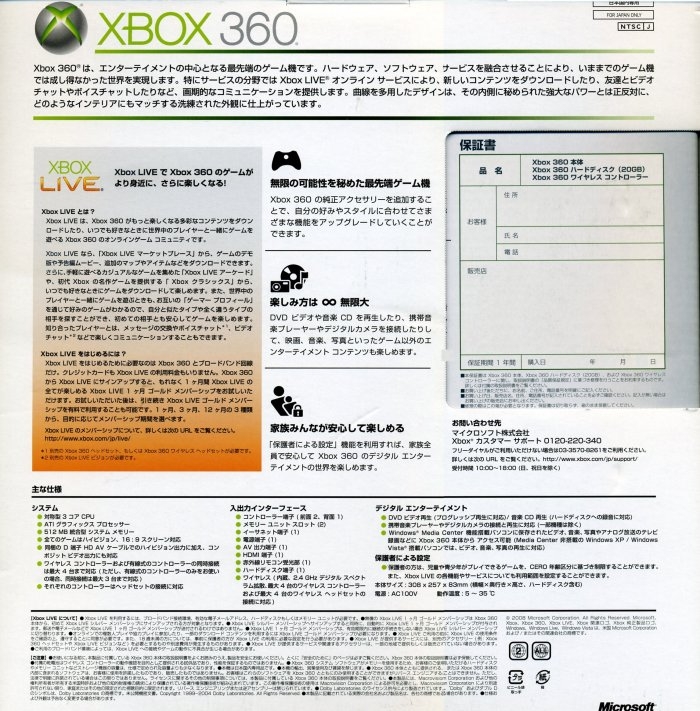 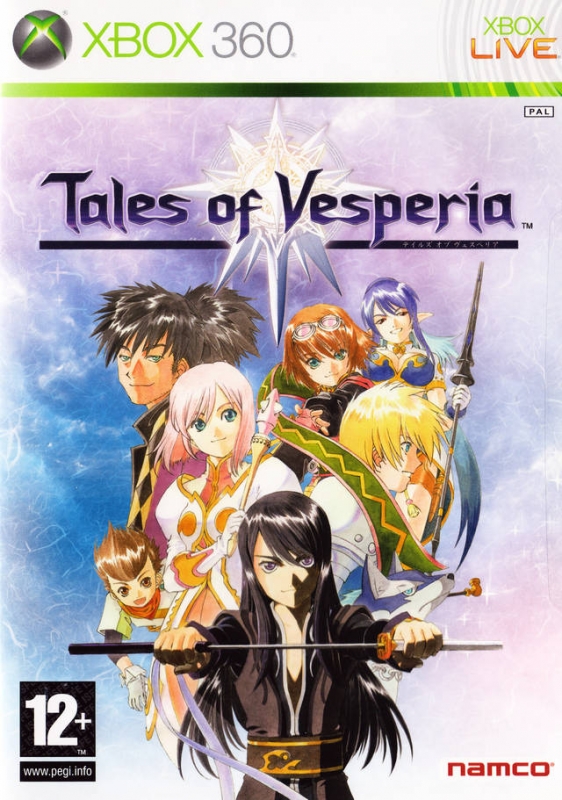 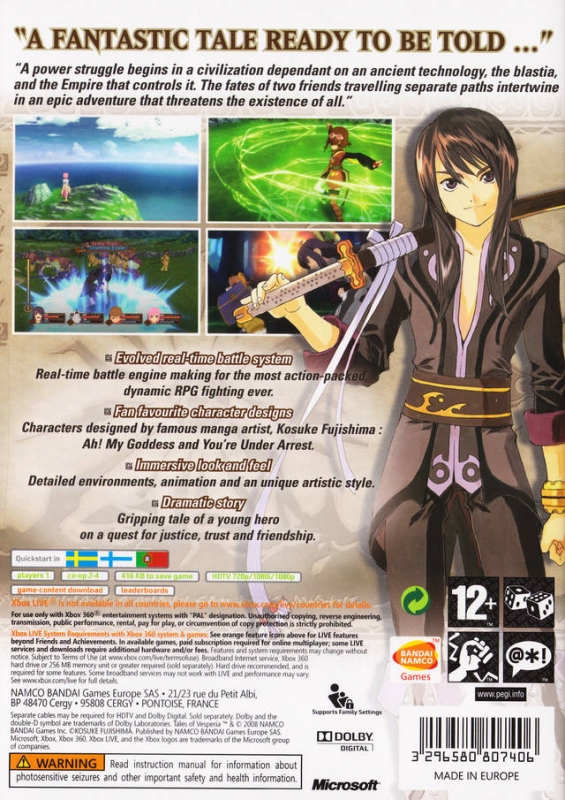 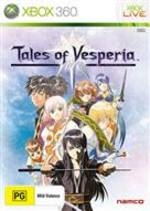 "Is this a Tale worth telling or just another action RPG in a sea of titles?"

A power struggle begins in a civilization dependent on an ancient technology, the blastia, and the Empire that controls this technology. The fates of two friends traveling separate paths intertwine in an epic adventure that threatens the existence of all. Tales of Vesperia™ marks the first Tales RPG release in HD, as the next evolution of the revered role-playing series comes to Xbox 360®, with detail and graphics never before seen in the series. Now, real-time battles are more exciting than ever with Overlimits, the ability to unleash fatal strikes, combinations, and special Burst Artes.