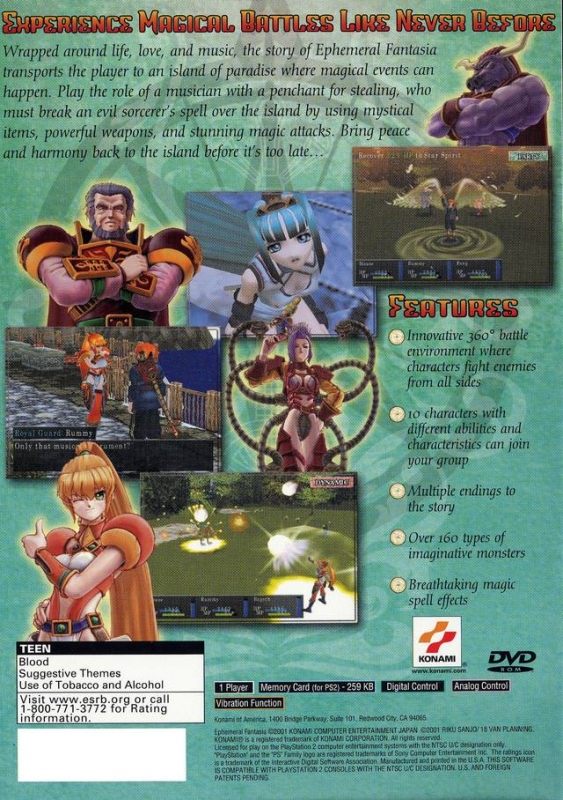 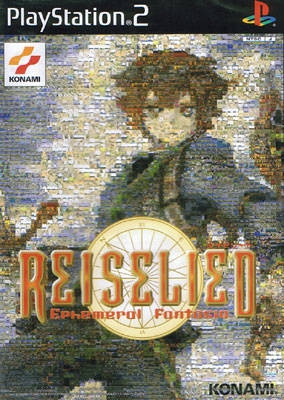 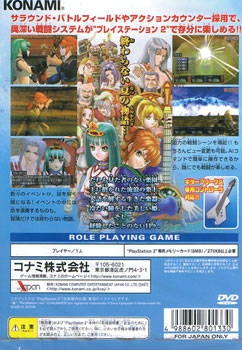 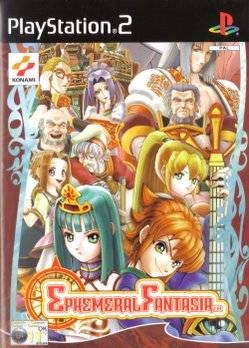 A story of a wandering minstrel who steals hearts with his music (then steals everything else with his secret thieving skills), a talking guitar that accompanies its looting lute player, a former devil child girl who starts thinking evil isn't all it's cracked up to be, and a day without an end in sight, continuously warping to the same morning...something's strange in Konami's latest whimsical and weird role-playing game Ephemeral Fantasia. Players will find themselves on a mysterious island stuck in the spell of a warlock that forever repeats the days before a fateful wedding. The guitar player was brought to the island to compose a song for the ceremony that could never be, but with the aid of the striking and half-sinister girl and her magical powers, he ends up being the hero charged with rescuing the town from its fate of time. Ephemeral Fantasia brings to role-playing fantasy an extraordinary new adventure, with wonderful 3D graphics, an innovative battle system, and real-time gameplay dynamics that bring new adventures with every tick of the clock.