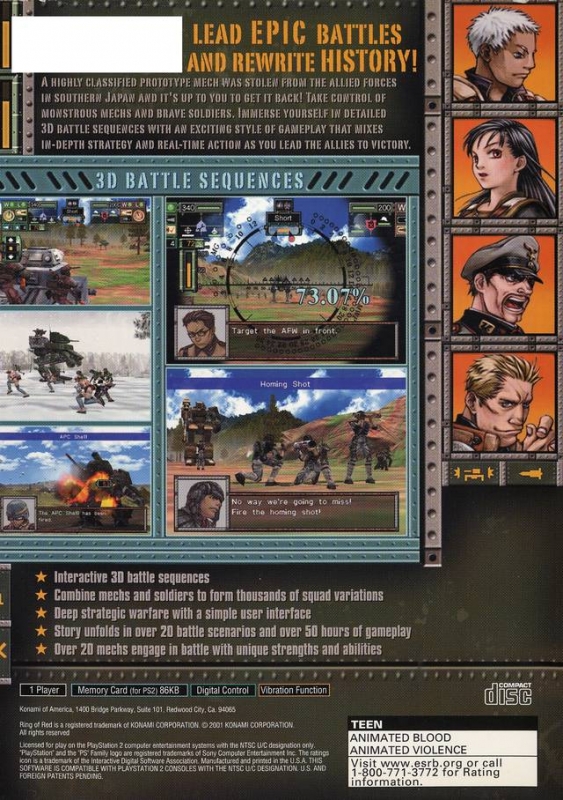 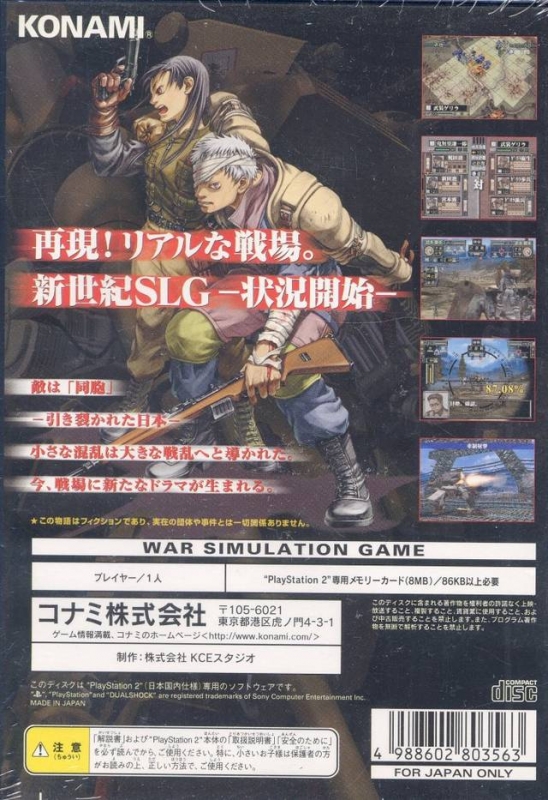 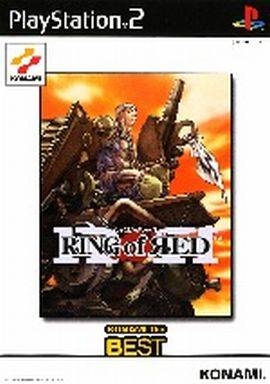 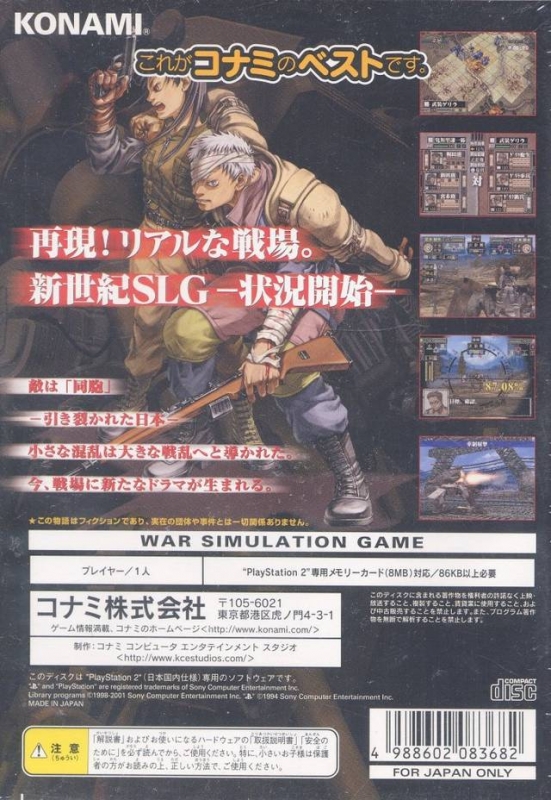 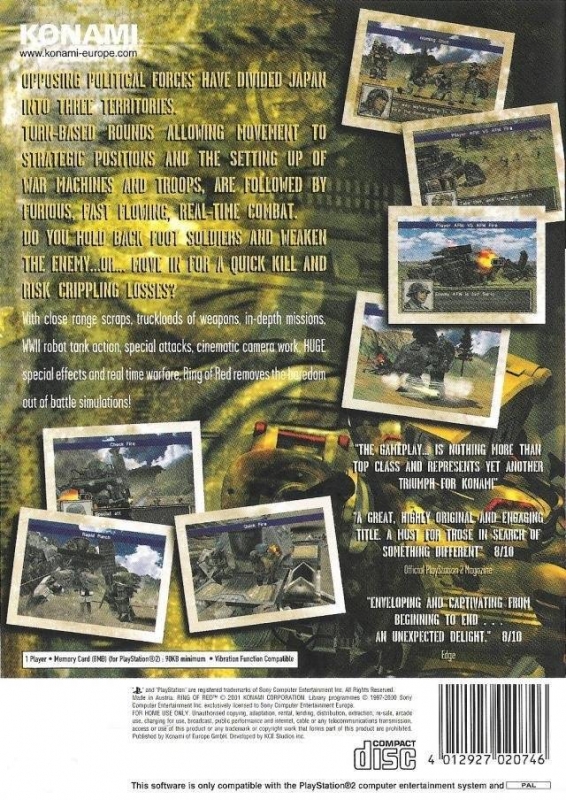 The Cold War was a spitting contest. It could have been much worse. Imagine if the U.S. and Russia hadn't come to agreements before September 2, before V-J Day. Bickering amongst the two powers could have tied up vital treaties. Germany and Italy are defeated, but politics would create their own new enemies. Emperor Hirohito would have been caught between two warring nations. Japan could never have surrendered on the eve of recurring hostilities. And World War II would never have ended.

That's the concept behind Ring of Red, Konami's politically charged and potentially controversial PS2 strategy game. Japan is still battling back the occupied Allied forces within its borders since 1945. Taking an unsettling concept to fantastic levels of realism, decades of battle-scarred lands are rendered in breathtaking 3D vistas on Japan's islands. You are the underdog, the oppressed Japanese populace trying to scatter from underfoot of the two battling giants before the people are crushed under its weight. In this version of the war, evolved battle technology stems from the conditions, so WWII tanks have evolved into ferocious diesel-powered tank mechs seen in anime-inspired battles like Mobile Suit Gundam and Front Mission. Spidering across the land on metal walker legs, these machines hold the future in their turret eyes