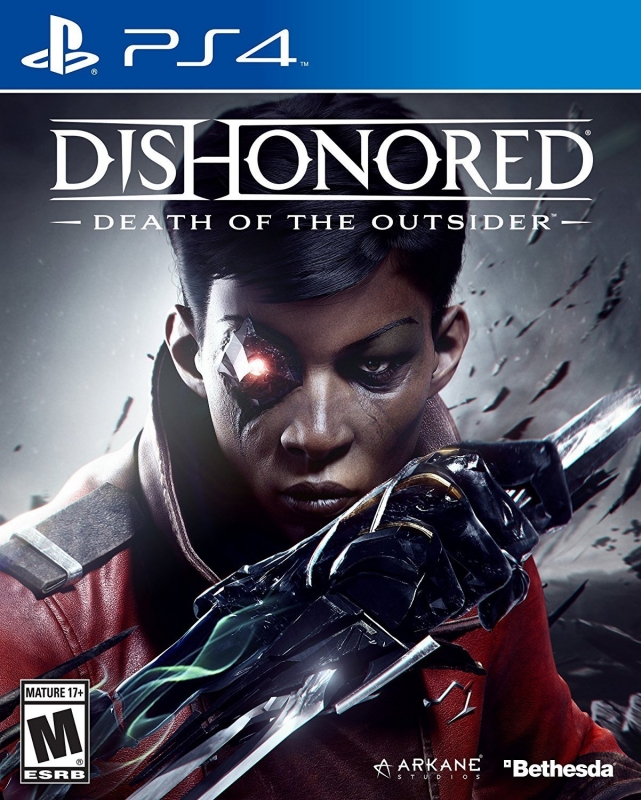 Dishonored: Death of the Outsider (PS4)

Dishonored: Death of the Outsider - Summary

THE GREATEST ASSASSINATION EVER.

From the award-winning developers at Arkane Studios comes Dishonored®: Death of the Outsider, the first standalone adventure in the critically-acclaimed Dishonored series.

Be a badass supernatural assassin and take on the role of notorious Billie Lurk as she reunites with her mentor Daud in order to pull off the greatest assassination ever conceived.

To complete your mission you’ll have to journey deep into the seedy underbelly of Karnaca, where you’ll unravel some the city’s darkest secrets.

Along the way you’ll infiltrate underground fight clubs and black magic cults, and retrieve ancient artifacts in a thrilling bank heist mission that sets the table for your greatest mission ever.