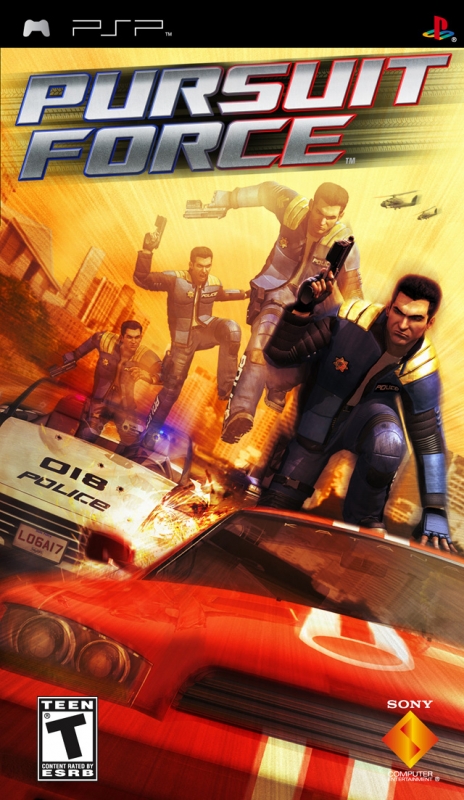 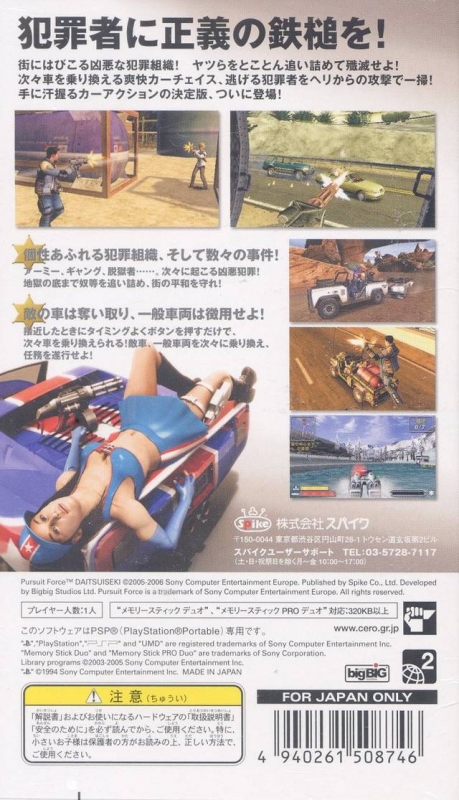 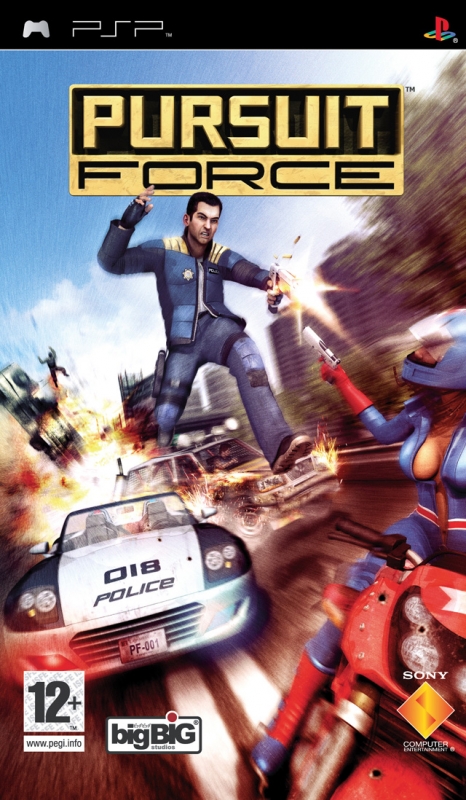 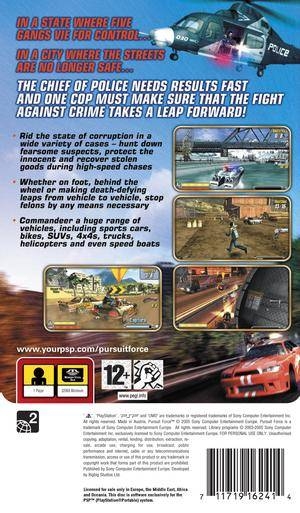 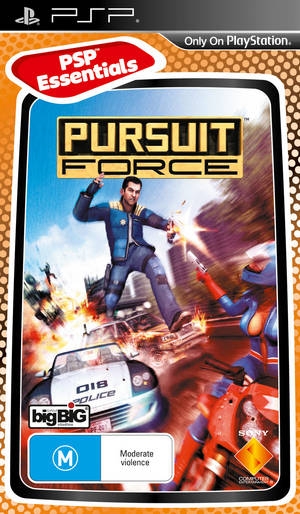 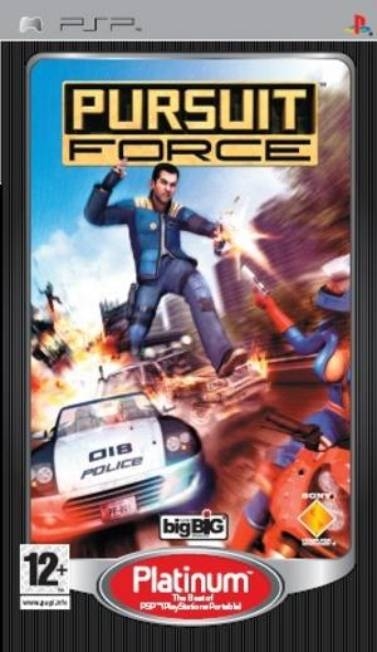 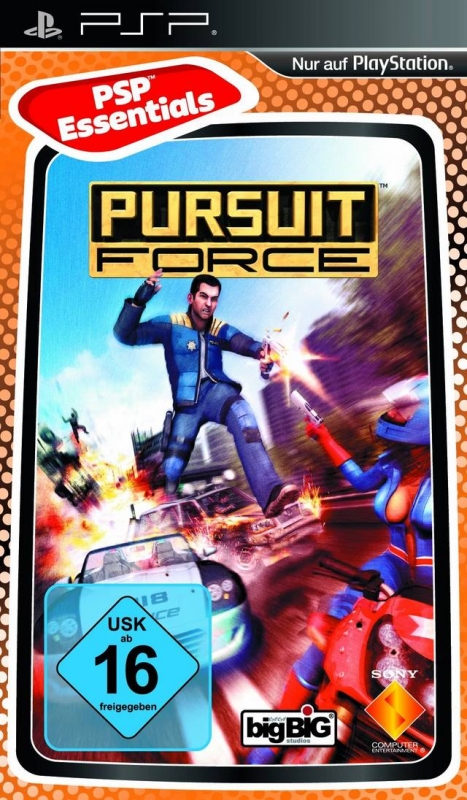 Pursuit Force is a video game made exclusively for the PlayStation Portable which puts the player in the role of a tough cop who joins up to a new elite police unit to restore order to a city overrun with gangs. This elite unit, known as the Pursuit Force, specialises in direct armed encounters with adversaries, whether it be on foot or on the bonnet of a speeding car. The player has to try to seize cars and motorbikes whilst engaging in gun battles at speeds of over 150mph. It is set in fictional Capital State (which includes Capital City) in America where there are various criminal gangs to contend with.