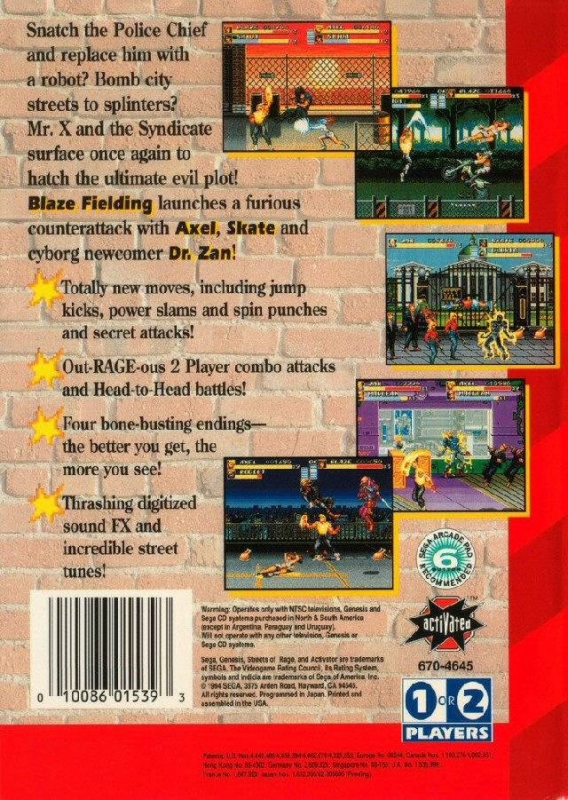 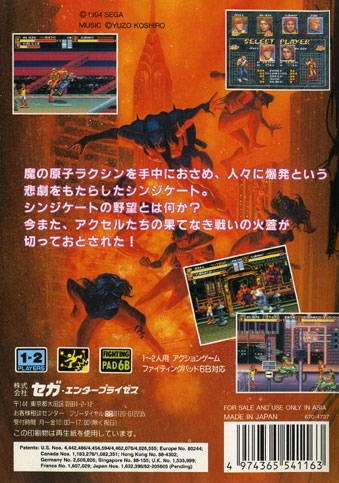 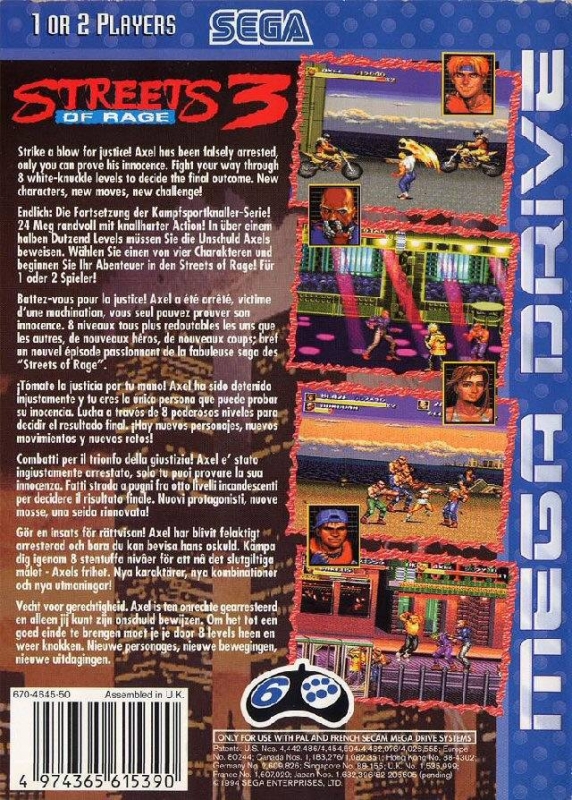 Just when you thought the world was safe from the Syndicate and its shady leader, Mr. X, they have returned to torment the city once again. Mr. X has developed life-like robots to take the place of various city officials so he can be in complete control, and it's up to our old heroes Axel, Skate and Blaze to stop the threat with their amazing fighting skills. With more weapons and combat moves, as well as secret characters and various endings, this return to the Streets is one you won't want to miss.