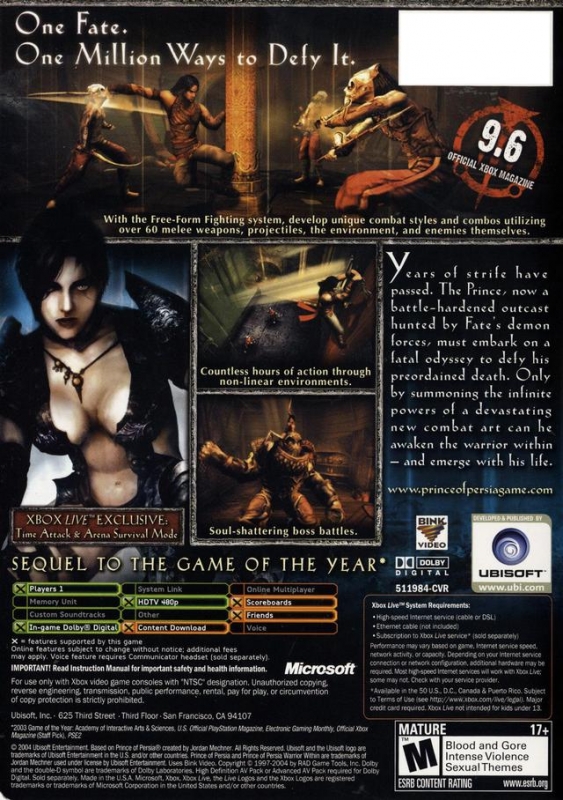 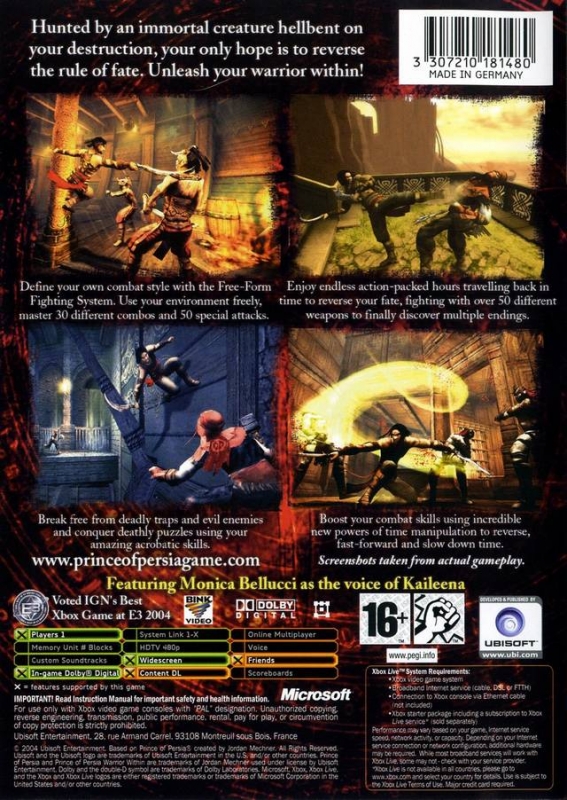 Prince of Persia: Kenshi no Kokoro

Prince of Persia: Warrior Within (XB)

The Prince has to embark upon a path of both carnage and mystery to defy his preordained death. His journey leads to the infernal core of a cursed island stronghold harboring mankind's greatest fears. Only through grim resolve, bitter defiance and the mastery of deadly new combat arts can the Prince rise to a new level of warriorship - and emerge from this ultimate trial with his life. In order to accomplish his mission, the Prince benefits from a brand new free-form fighting system that allows gamers to channel his anger as they wage battle without boundaries. Each game fan will find his or her own unique fighting style as they manipulate their environment and control the Ravages of Time. You can dig into an arsenal of weapons that, when used in combination, create advanced arm attacks that verge on fatal artistry! Prince of Persia: Warrior Within promises that game fans will fight harder, and play longer, emerging from the experience as deadly-capable skilled masters of their own unique combat art form.