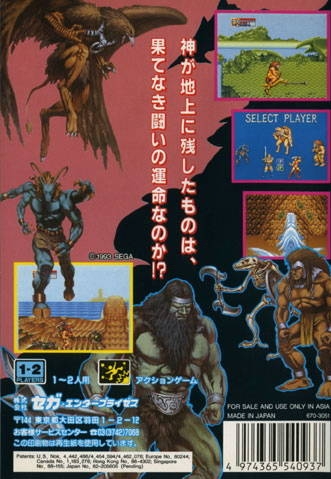 The once-peaceful kingdom so familiar to fans of the original Golden Axe is under threat once again. The Prince of Darkness has stolen the invaluable Golden Axe, taken over the kingdom and rendered its warriors harmless with an evil curse. One warrior breaks free from the curse and must defeat the prince and regain the Golden Axe to save the kingdom.

In this one- or two-player action game, play as a giant, a panther or a sword-wielding human and fight your way to victory once again.