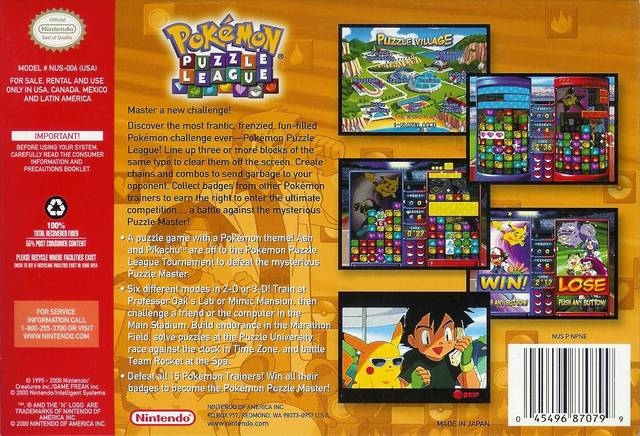 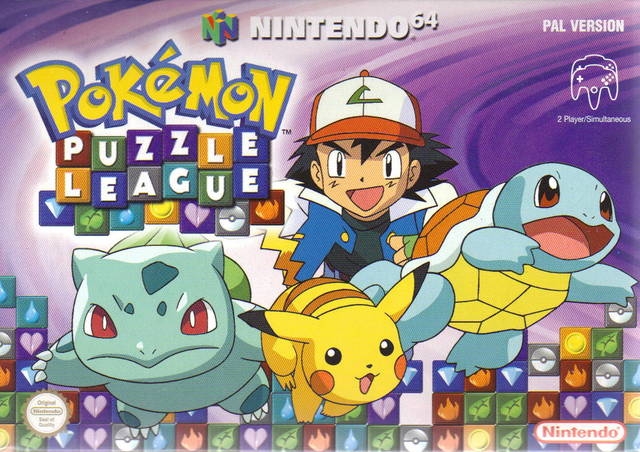 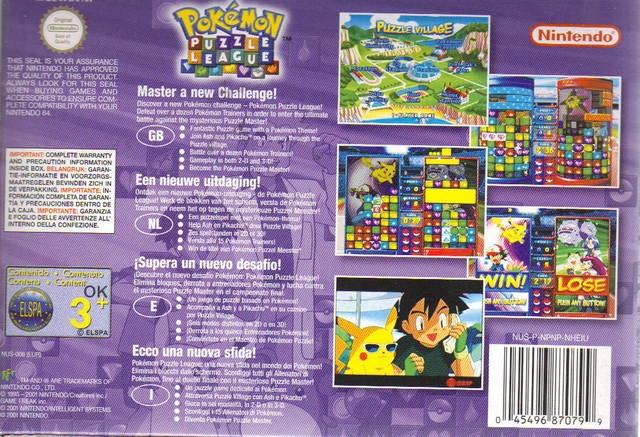 Pokémon Puzzle League is a puzzle game for the Nintendo 64 console. It is based on the popular puzzle game Panel de Pon, but with Pokémon likeness (the same with Yoshi in "Tetris Attack"). This game was only available in North America starting in 2000, making it the first Pokémon game produced for North America first. The game was not available in Japan; the Japanese received the game's Game Boy Color counterpart, Pokémon Puzzle Challenge. This is the third Pokémon game to be based on the Pokémon anime, the other two being Pokémon Yellow and Pokémon Snap.