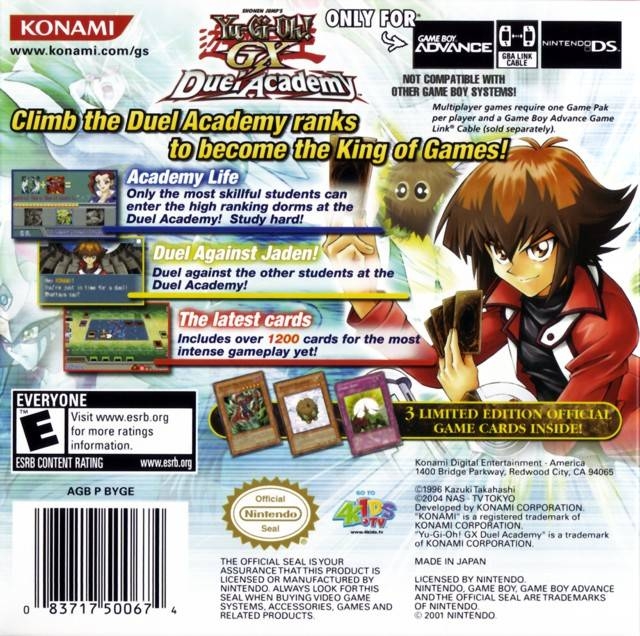 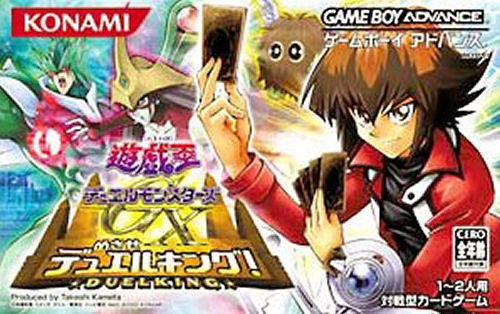 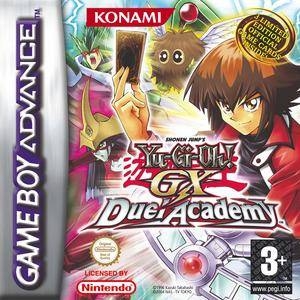 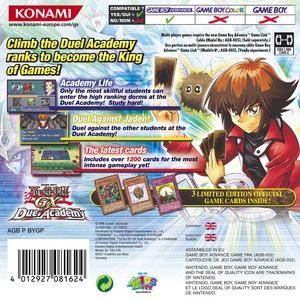 Climb the Duel Academy ranks to become the King of Games! A brand new world of dueling is coming to the Game Boy Advance in the form of Yu-Gi-Oh! GX. Based on the new animated series set to debut this Fall, the story takes place a few years later in the same world as Yu-Gi-Oh! Here you will find new friends and new monsters to duel. Enter the Duel Academy and personalize your character by entering your name and choosing which gender to play as. Learn how to duel with the in-game tutorial and by taking periodic quizzes. Who will become the King of Games?