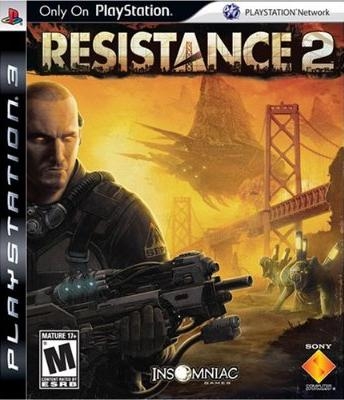 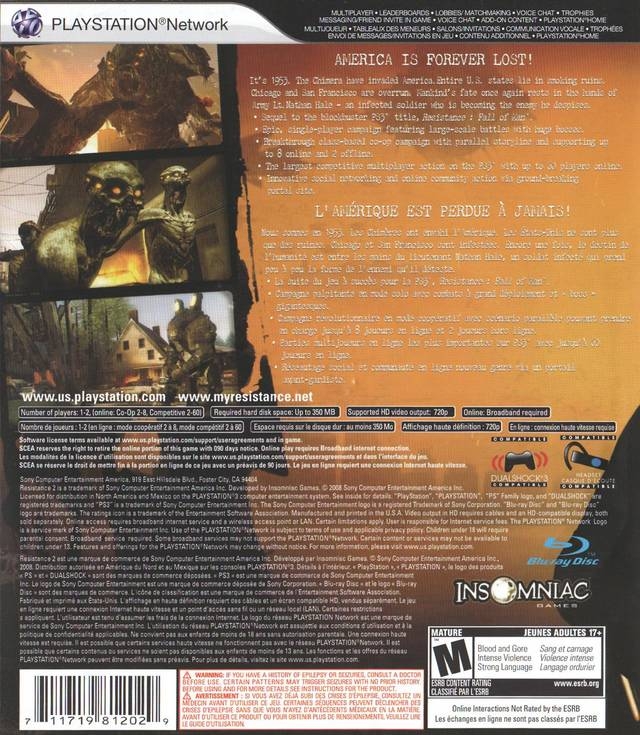 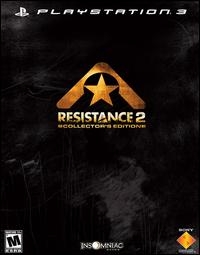 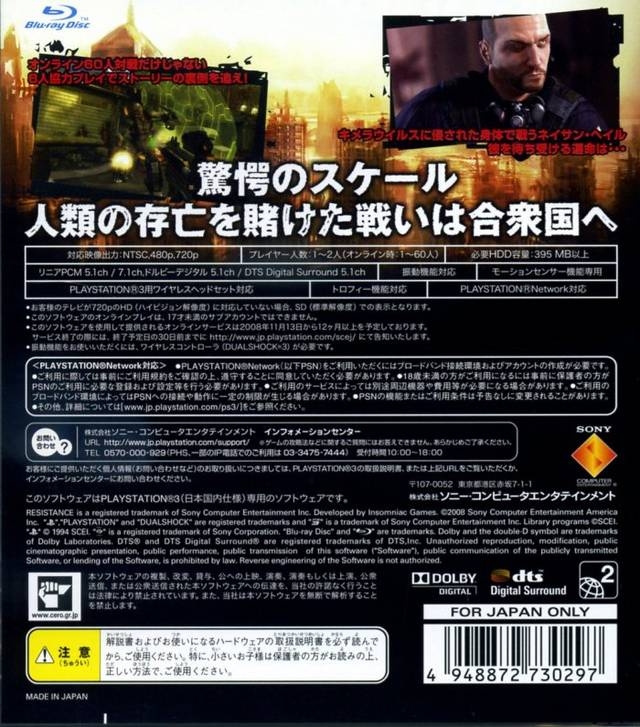 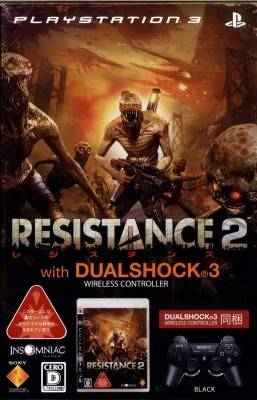 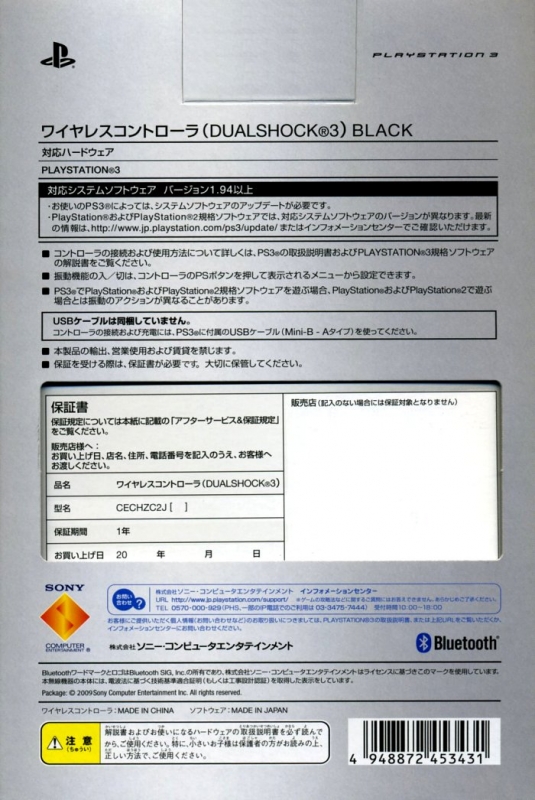 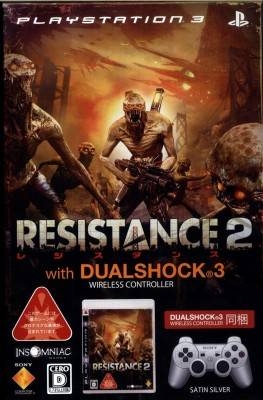 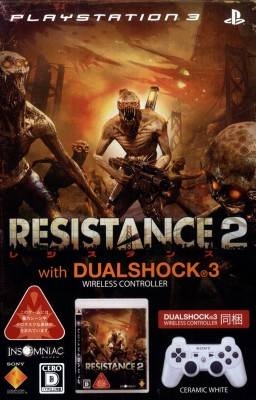 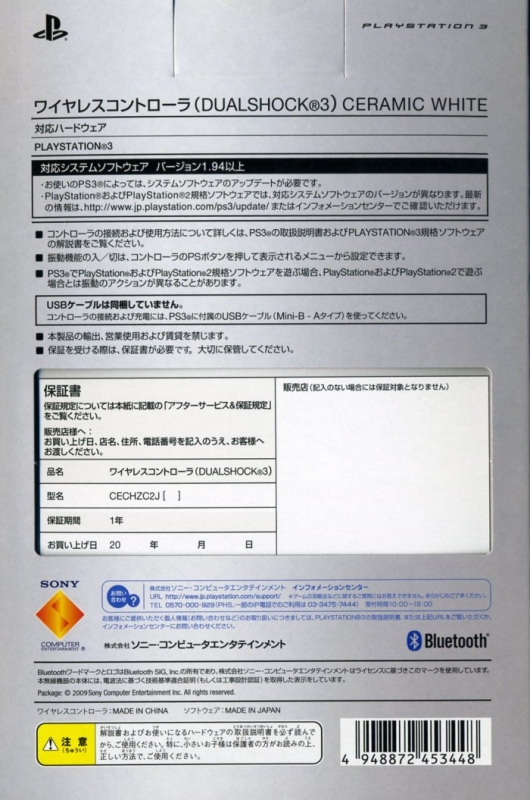 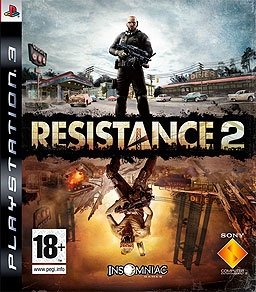 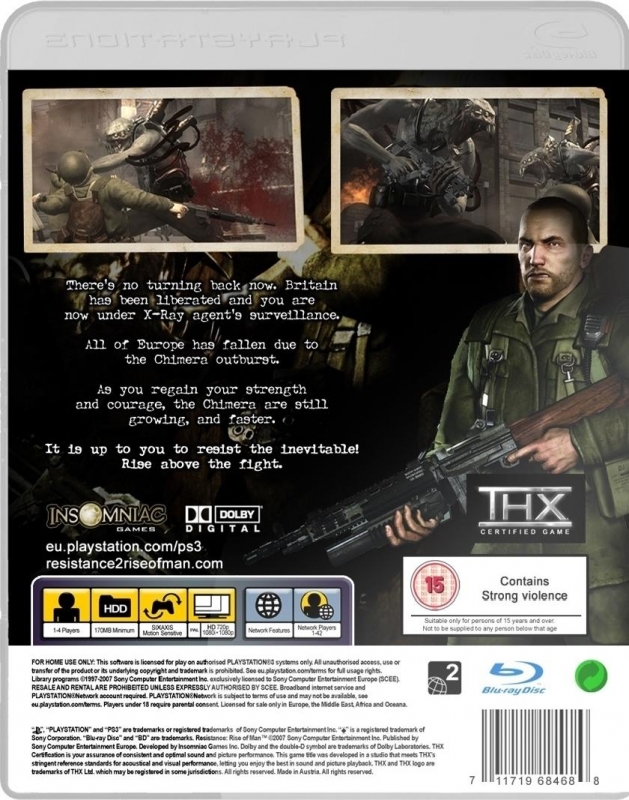 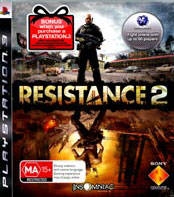 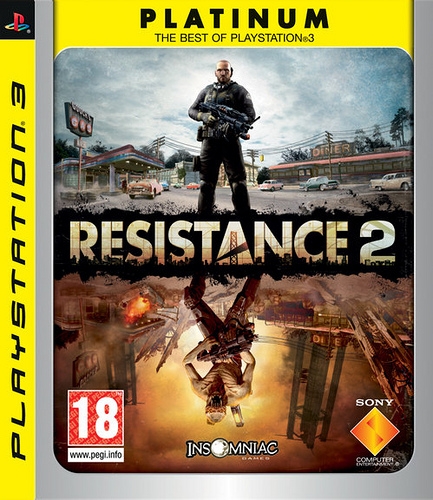 "Is it everything a sequel should be, or do a few awkward design choices keep it from being irresistible? "

After a valiant struggle to stop the Chimera invasion in Europe, mankind must make its last stand on the shores of the United States. In the highly anticipated follow-up to the best-selling PLAYSTATION®3 game, Resistance 2™ places players in the heroic role of Sgt. Nathan Hale as he struggles against overwhelming odds to defend mankind from the unstoppable Chimera. While wrestling with this insidious war machine, Hale must also battle the virus raging inside of his own body that threatens to transform him into the very creatures he fights against.

Powered by Insomniac Games' third-generation PLAYSTATION®3 technology, Resistance 2™ will deliver unprecedented console gaming breakthroughs with a stand-alone eight-player, class-based online co-op campaign (up to 8 players) and 60-player online competitive multiplayer. An epic single-player campaign will feature a new weapons arsenal to combat giant boss encounters that increase the scale of the conflict to new heights. And players will enjoy a new level of community support.