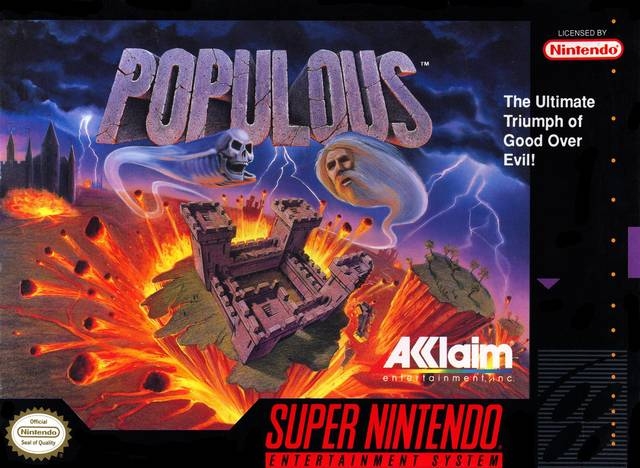 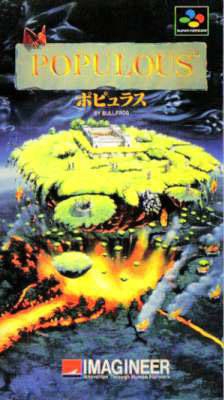 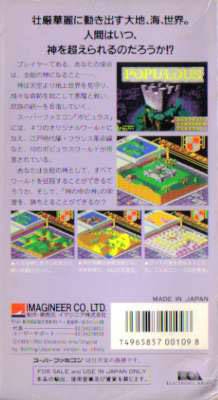 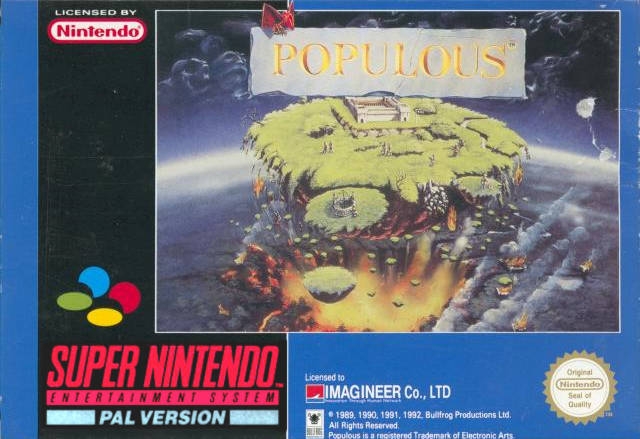 In this game you can be who everyone wants to be, God. But you can't just lay around and do nothing, you've got to provide fertile land and other things for the people so that the population can expand. But evil is around and you will have to do your best to keep it at bay so that the people love and worship you. Once you play this game, maybe you won't think being God is all it was cracked up to be.

Gameplay:
This time around, you head back in time to play a mortal in Populous - a Shaman to be precise. Your Shaman is no ordinary mortal, but one fighting to become a god against other worthy opponents, wielding immense magical power which increases with your followers. As a shaman, your magic is your greatest weapon - use it to destroy your enemies land with volcanoes and earthquakes, inflict fiery storms and plagues of insects on their misguided followers, and bring bolts of lightning down to give them warning of your future wrath upon believers when you finally achieve the position you deserve

So how do you reach the dizzy heights of godhood? As the Shaman and leader you must survive through dozens of worlds and battle many enemies to achieve greater magic and wisdom. You have your tribe to fight for you and build settlements and they will rely on you to command their armies and direct their growth. To win, you will have to combine your command of war strategy with useful skills of magic and ensure your tribe is in a position to defeat the opposing tribes and withstand attacks.