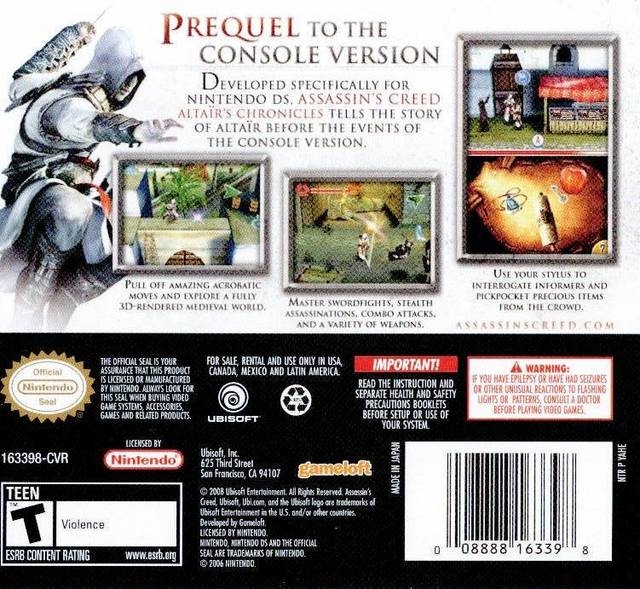 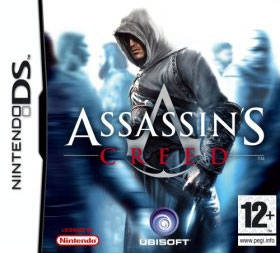 As the direct prequel of the critically acclaimed console title Assassin’s Creed™, discover more of the story of Altaïr as he must find “the chalice,” an object of such power that whoever is in possession of it can end the Crusades.

Altair will explore a fully realized 3D world traveling through four cities of the Crusade’s Middle East. The game will feature acrobatic moves and exhilarating combo attacks that mix both sword skills and kicks.

The setting is 1190 AD. The Third Crusade is tearing the Holy Land apart. You, Altaïr, intend to stop the hostilities by suppressing both sides of the conflict.

• Be an Assassin
Master the skills, tactics, and weapons of history’s deadliest and most secretive clan of warriors.

• Choose Your Weapon
Learn and master 11 weapons for both close combat and long-range attacks, featuring five swords, varying types of daggers, explosives and a grappling hook