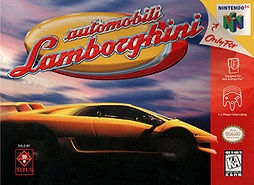 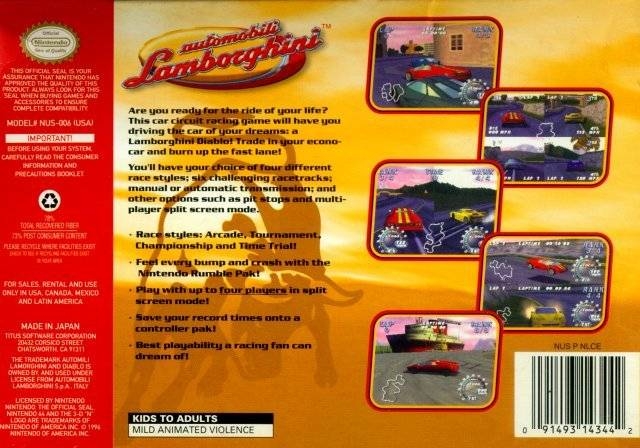 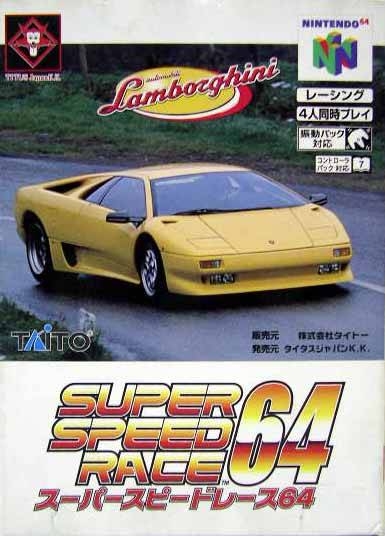 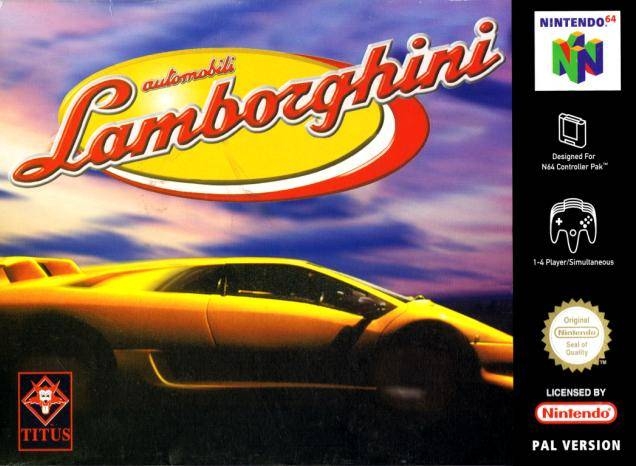 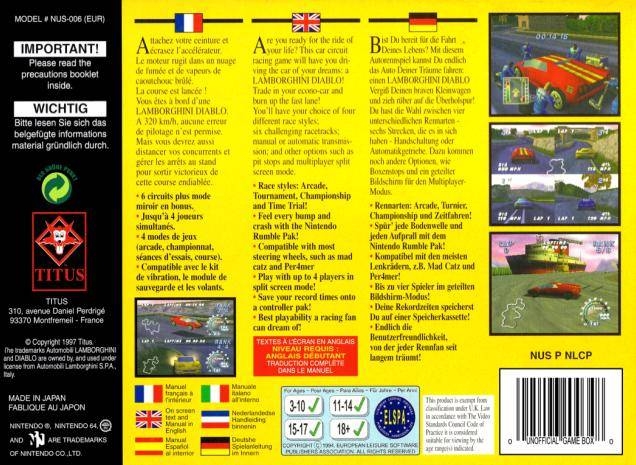 Automobili Lamborghini is a racing video game by Titus Software, similar to the Need for Speed series of games. The Japanese version was distributed by Taito and has actual pictures of various models of Lamborghini with their names displayed before the demo screen. These photos and descriptions were deleted for the U.S. release.

There are 4 modes of play: Championship, Single Race, Arcade and Time Trial. In a race, if the players' cars run out of fuel or has their tires worn down, they are urged to take a pit stop where they engage in a brief minigame. Automobili Lamborghini featured nine cars that resembled actual supercars. These resembled cars such as the Porsche 959, Ferrari F50, Ferrari Testarossa, Dodge Viper, the McLaren F1, and the Bugatti EB110, that could be unlocked by winning championships. These were joined by the two default cars, which resembled the Lamborghini Countach and Lamborghini Diablo.

The game has reasonably good graphics and adventurous racetracks, however the realism of speed and control for the cars was a major criticism.