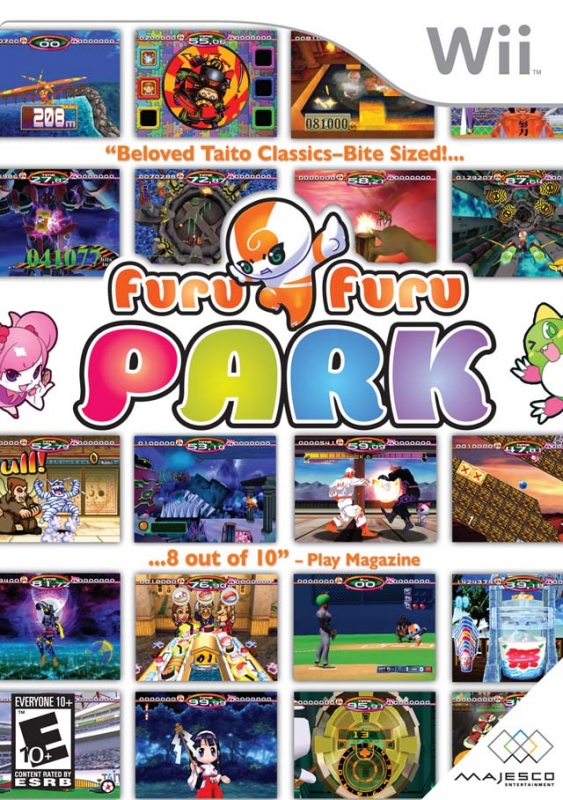 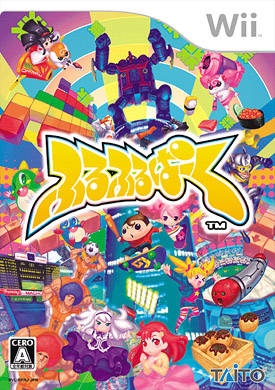 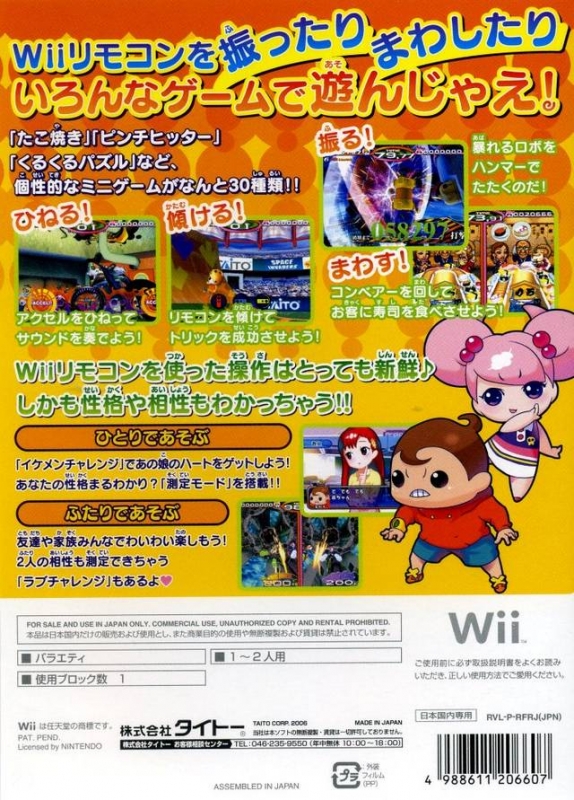 Furu Furu Park is a unique arcade experience that features 30 different mini games that all take advantage of the range of motion possible via Wii Remote play. Take on a friend in three multiplayer modes including Love Challenge where you can try your best to impress the girls!

Two single player modes include Free Battle (choose any of the 30 Mini Games and play at your own pace) and Challenge Mode (choose 5 of the 30 mini-games, play them in succession and get judged on your scores).

Face off against a friend in 3 multiplayer modes: finish with the high score in Challenge Mode, practice in Free Play Mode or check your compatibility in the Love Challenge.